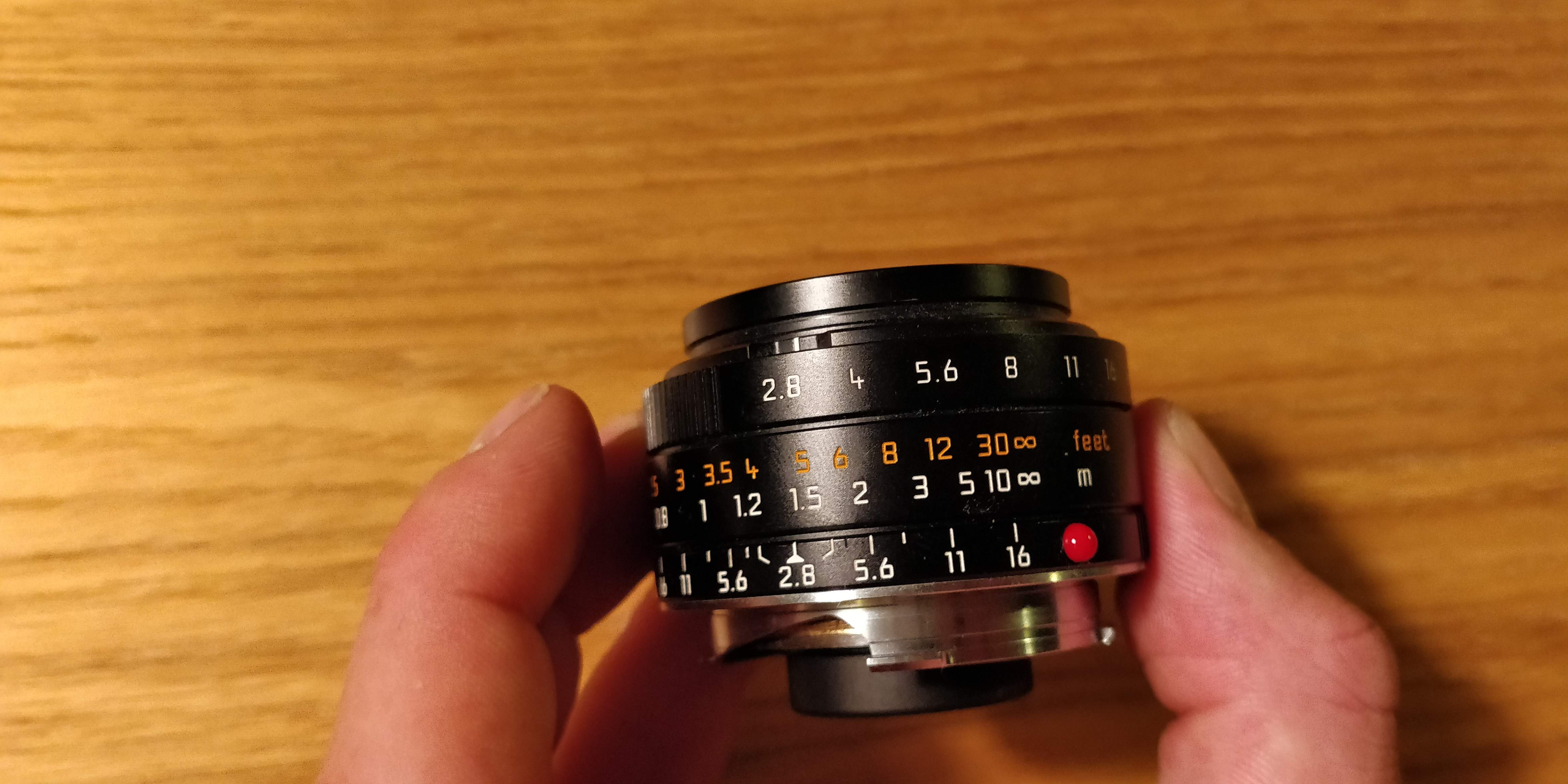 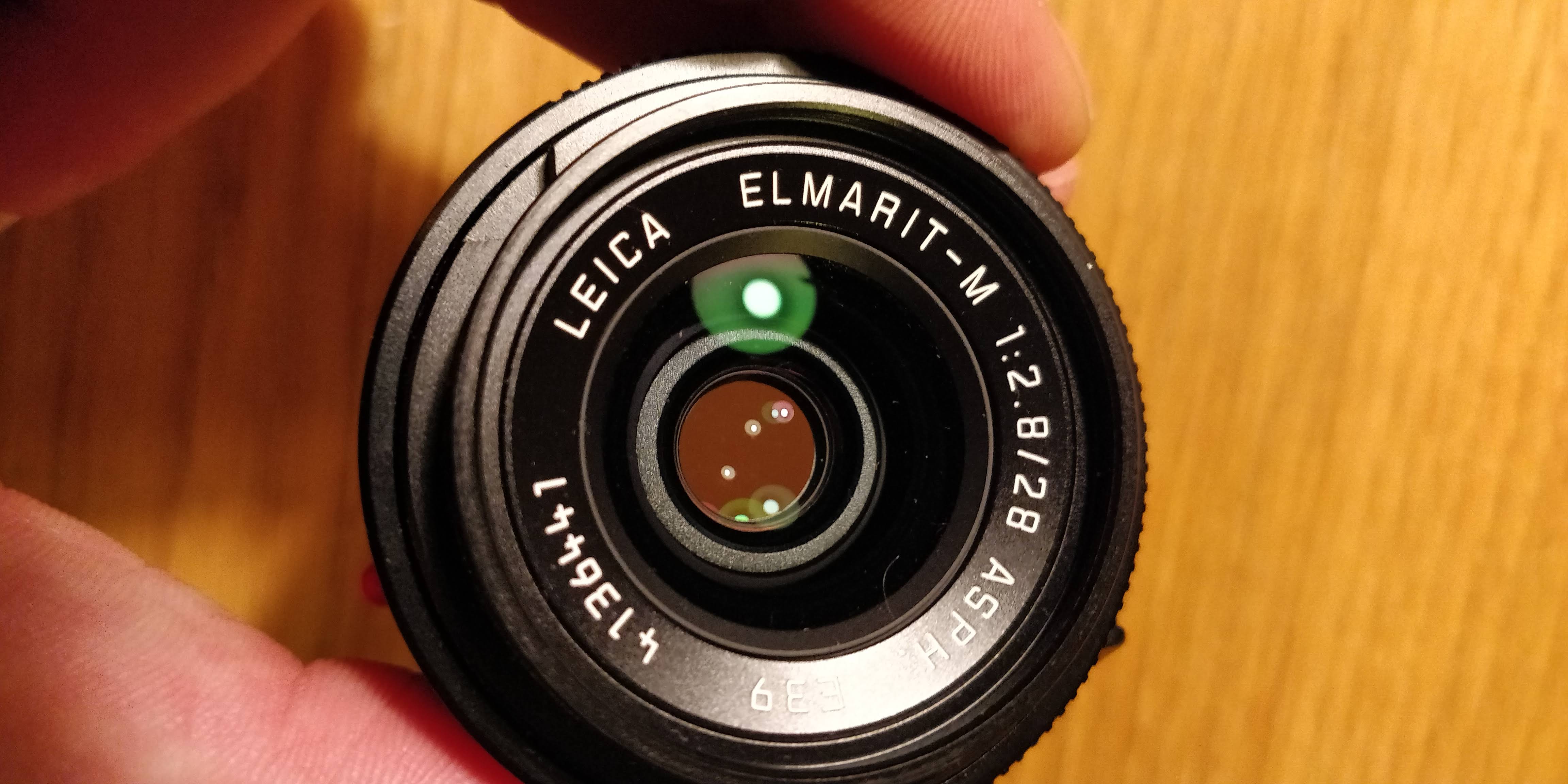 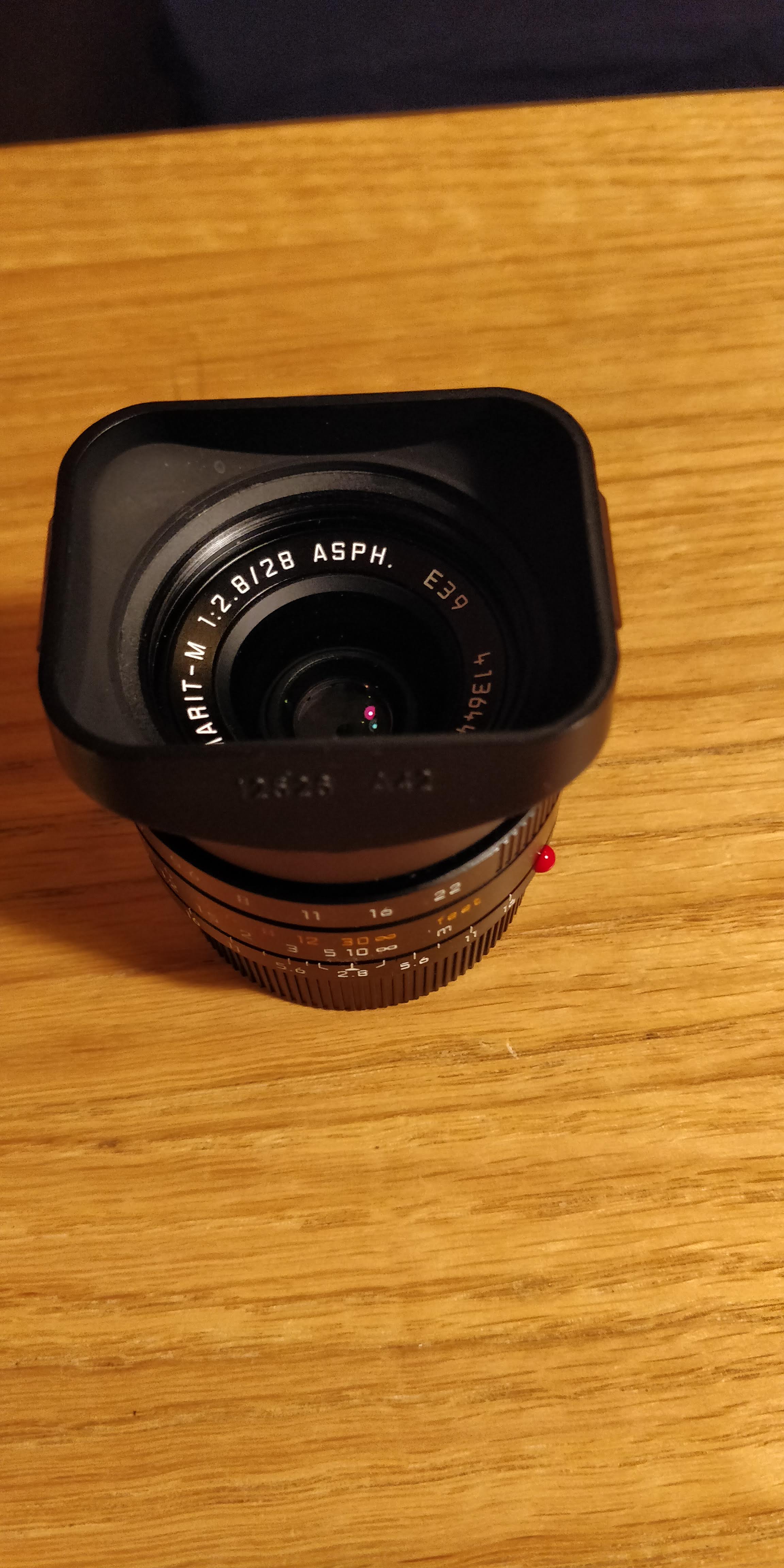 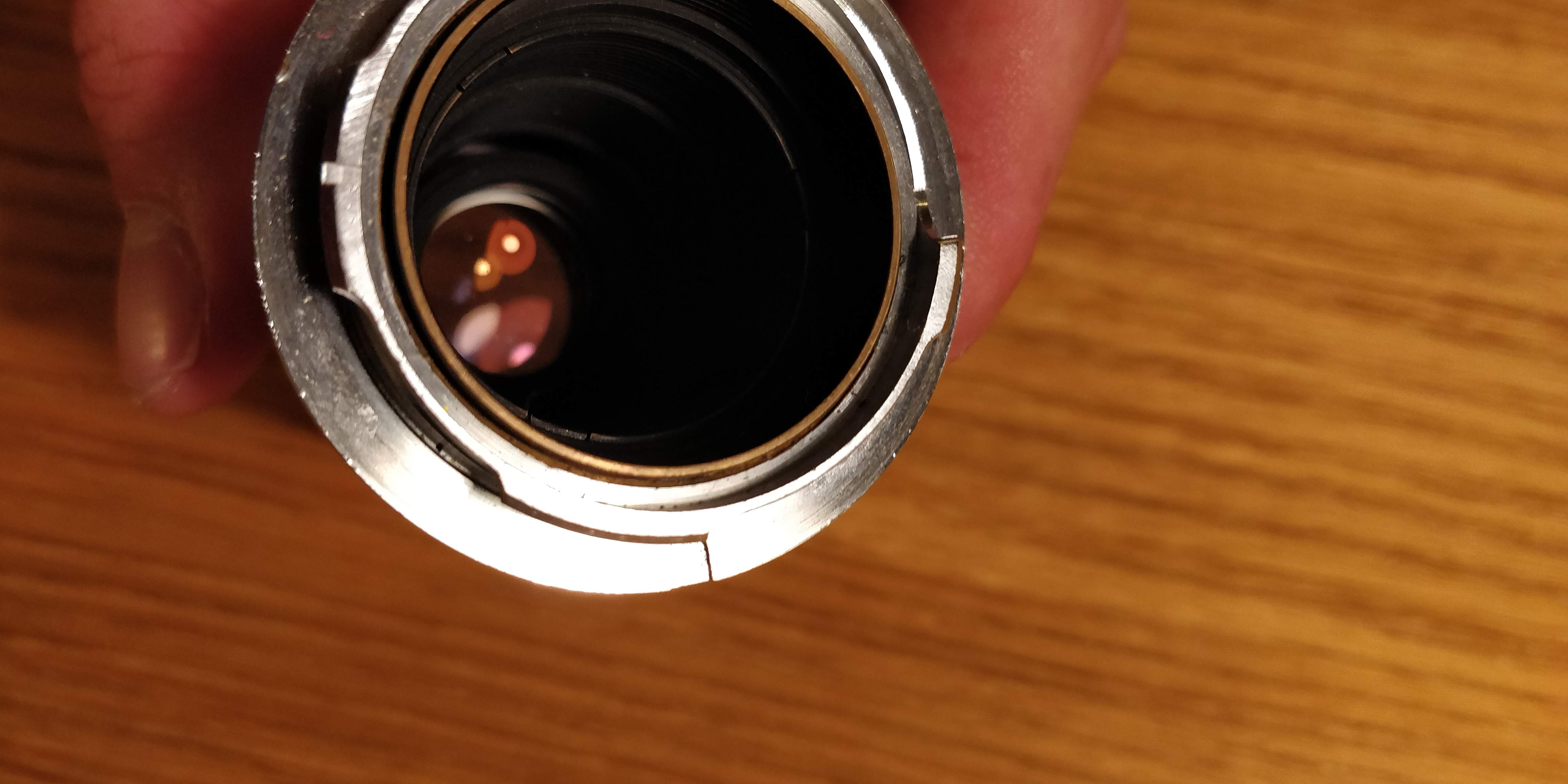 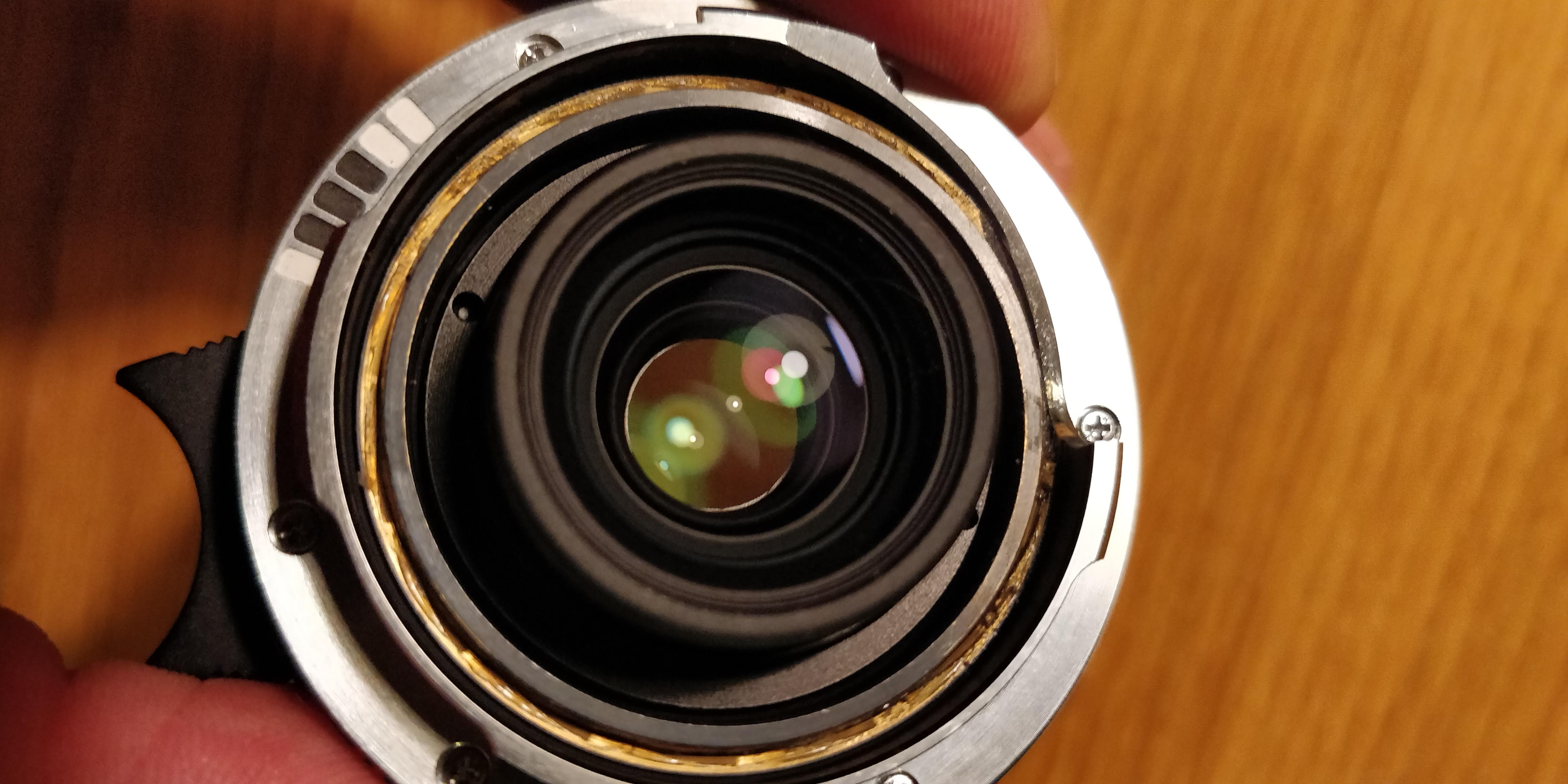 Just before buying this lens, I was pretty sure I had found the perfect camera setup for me. Everyday for over a year I used my Leica M6 combined with the 35mm Summicron v3, and absolutely loved it. I’m actually pretty sure I could have used this combination for the rest of my life, it was fun, produced great results, and just felt like a comfortable setup, like snuggling up to a warm fire. But then I started to wonder…

I also realised that it needed to be a small lens, it wasn’t allowed to be much bigger than the 35mm Summicron v3. So the 28mm f/2.8 Elmarit ASPH started to peak my interest. Yes, it was a stop slower, and the wider angle of view also meant basically no bokeh, but it was worth a try.

When I did find a copy I was excited. I drove to the middle of nowhere to pick it up (as is too often the case) and I immediately liked that it was a nice and small lens. I could also appreciate its more modern design, a design philosophy that Leica keeps pretty consistent throughout its newer lens line up. This is to keep the lenses about the same diameter for their entire lengths so that they are shaped like short cylinders. It looks sleek and minimalistic, and it’s easier to make the whole line-up of Leica lenses conform with one another.

After some use I decided that the old designs are far more practical - even if they don’t look as cool and modern. The 35mm Summicron v3 has an identical length to the 28mm 2.8 ASPH, but the 28mm feels much larger in comparison. This is because the wider diameter of the 28mm at the far end of the lens. This takes up more volume and is quite noticeable. Also i’m pretty sure this large diameter is not a 'requirement', the lens elements are quite small, so it feels like the lens could be smaller and slope inwards like the 35mm v3.

At first I liked how all of Leica's lenses conformed with one another, now I just think it makes everything indistinguishable, and therefore a little boring. And in the case of the 28mm 2.8 ASPH, and the 35mm Summicron ASPH, it means that the aperture ring sits on the outer edge of the lens.  This makes it very easy to hit the aperture and accidentally change it, which happened to me basically non-stop with these lenses… extremely frustrating. The aperture is very smooth and pretty clicky on the 28mm 2.8 ASPH, which usually I would be able to appreciate, however, in this case it just made accidentally changing the aperture even more easy and annoying. I do admit that this is only a problem if you use the lens without a hood like me. But why would you get a small lens if you’re going to put a large hood on it anyway?

These are the consequences of choosing form (design) over function, but I do get Leica’s choice. Annoyingly, I think that how Leica lenses look is a much more important driver of sales than actual practicality. I guess that in the 2020’s, the Leica M system isn’t very practical anyway, so it doesn't make sense for Leica to focus on this. In the case of the 28mm 2.8 ASPH though, it would have been nice if it could have been more of a balance.

The focus of this lens is super smooth, which is nice. Coming from a vintage 35mm v3, of which the focus is not smooth, it took some getting used to. At first I regularly over- or under-shot my focus. But I liked it once I got the hang of it. The lens has a pretty small focus throw, so it’s super easy to switch from close-focus to infinity, and back!

The build of this lens is amazing, because it’s Leica, but by Leica standards it’s only ‘pretty good’. It doesn’t doesn’t carry the heft of a Summilux, as there is far less glass inside. Also generally because Leica use predominantly aluminium for the build of the 28mm 2.8, which is a pretty light and soft metal. This does make the lens nice and light! There was the slightest wobble in my 28mm 2.8’s aperture ring, but it was something you only noticed if you were really looking for it. So overall it was extremely well built, a lens that could truly take a beating and still work for years.

This lens is sharp and contrasty. Coming from the 35mm Summicron v3 it was a very noticeable step, especially in contrast. Sometimes, usually when shooting in colour, I found it to have too much contrast. I felt like the colours could be oversaturated. I guess this is a matter of taste and it can be corrected in post. In black and white though, I like to step-up the amount of contrast I use, so it was less of an issue. In terms of sharpness it doesn’t get much better than the 28mm 2.8. And unless you’re shooting at f/2.8 with a focussing distance of 0.7m - where you can get a tiny bit of bokeh - everything is always in focus. So you really notice how sharp this lens is. I could basically zoom into any picture as far as I wanted, the limiting factor being the pixels of the 18.8MP sensor I was using. The pictures do have what I would call ‘Leica characteristic and glow’, but they are also so clinically sharp that to me this is the more prominent feature.

Note: you might think that f/2.8 is a little slow. However, on my M9M in Edinburgh - which is a very dark place - I had no issues.

This lens did end up replacing my 35mm! Or at least, it did for a while. At first I was at odds because I didn't want to let go of the 35mm. However, as I started to use the 28mm more and more I had to recognise that I really liked its images. Eventually, I decided that a wider field of view was better, and that this 28mm would replace my 35mm. My reasoning was that getting more into the image would make the image more complex, and therefore better. I now recognise that this reasoning was not exactly correct, something I discuss ion more detail in my M6 review. I used this 28mm for more than half a year, and in this time I put the 35mm up for sale - but I was never really able to let go of it.

Why I got rid of it

In the end I sold the 28mm 2.8 ASPH for three reasons. The first was that I decided to try going even wider. At first I tried a 21mm, but this was not a success. Eventually I tired a 24mm and this was a success. So reluctantly - because of the larger size of Leica’s 24mm’s - I stepped over to 24mm. Second, is the fact that when I eventually wanted to use something other than 24mm, I ended up going back to my 35mm v3 instead of 28mm. Both 28mm and 35mm are great for telling a story, but my 35mm felt like a more natural and easy-going focal length to use than 28mm. Also, I could appreciate the extra stop and ability to create some shallow depth of field with the 35mm Summicron. The third reason, was that I felt like my 35mm Summicron v3 just had more ‘Leica character’ as it’s an older and less clinical lens. I like the vintage look over the extra sharp and contrasty look of the newer 28mm 2.8 ASPH. So I got rid of it.

It’s funny because I used this lens every day for over eight months, but I actually don’t feel like I have that much to say about it. It’s a lens that just does its job, and does it well. On the other hand, it’s also a lens that doesn’t have that much which is ‘special’ about it.

2. Design takes up more space than it needs too

3. Maximum f/2.8 aperture, basically everything is always in focus

So that about sums it up.

I’m pretty sure getting this lens was the start of a slippery slope, which got me trying every lens that Leica has ever made. Or, it could be argued that I was already heading down that road anyway. It was (and still is) at times a pretty frustrating journey. It’s also been a fun experience where I’ve been able to exercise my creativity. Now I do have a lot more camera’s and a lot more lenses, which does make everything more complicated, and I don’t like complicated. So maybe I would be having more fun with just my M6 and that 35mm - if I would have stuck with that original winning team - I guess it's impossible to say.

What I can say, is that I still look back at many of the images made with my 28mm f/2.8 with genuine pride and joy… and wonder if selling it was not a mistake. Then I remember that I also have the 35mm Summicron v3, and the 24mm Summilux, and that I prefer using these lenses - so that I probably wouldn’t give the 28mm the attention it deserves. However, it’s definitely a lens I would advise to anyone, and to be honest, it’s not impossible that I end up getting it again.