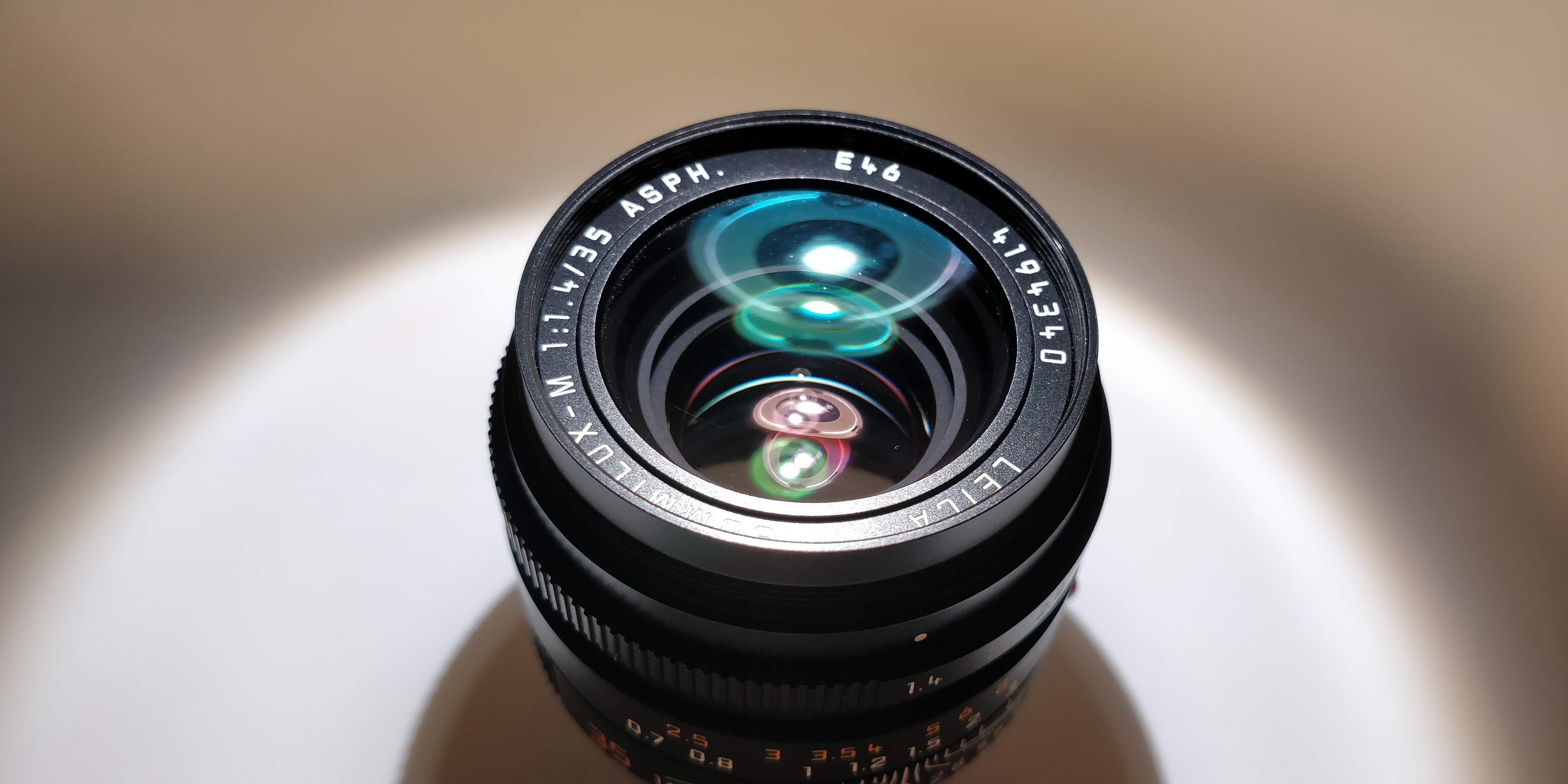 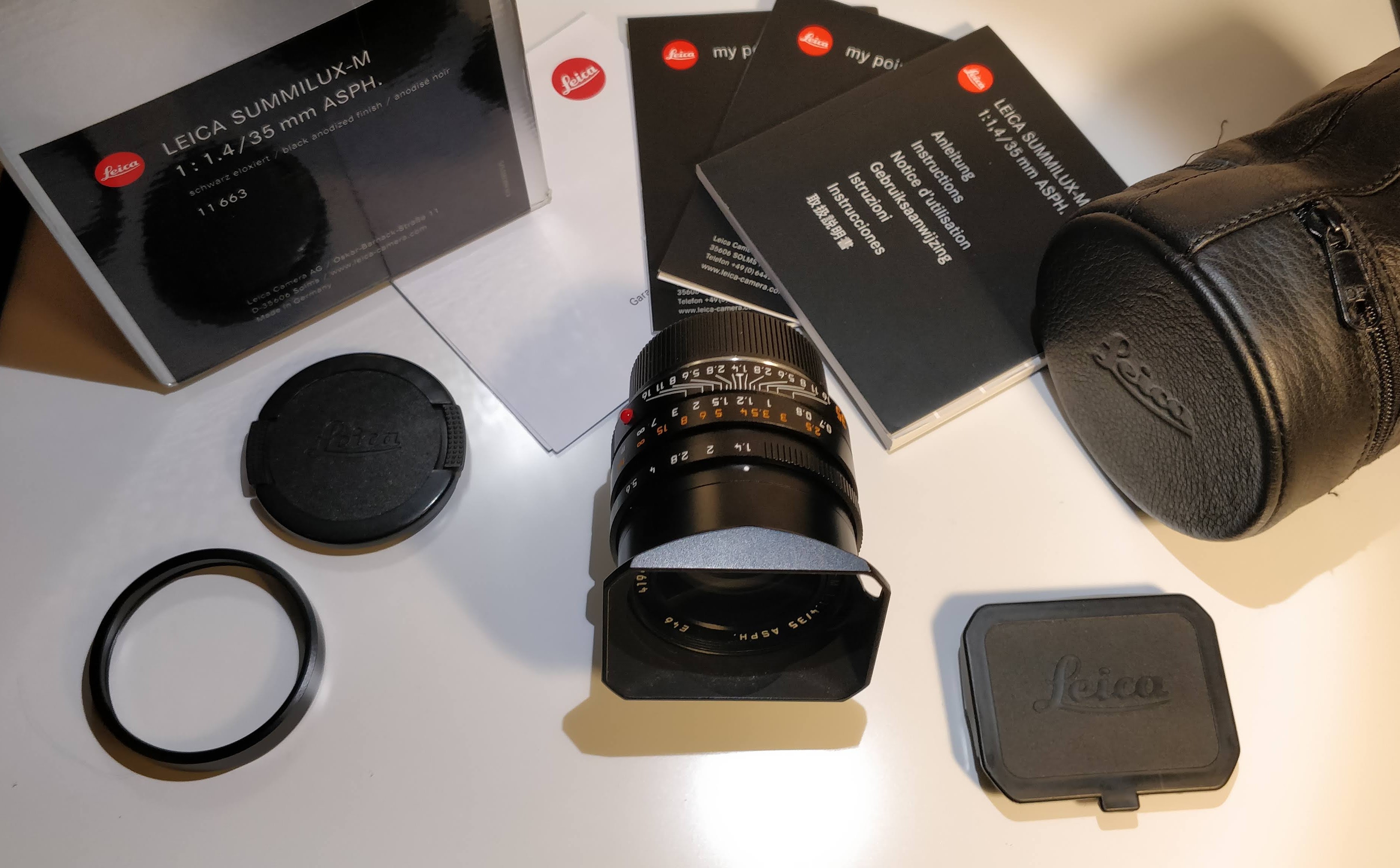 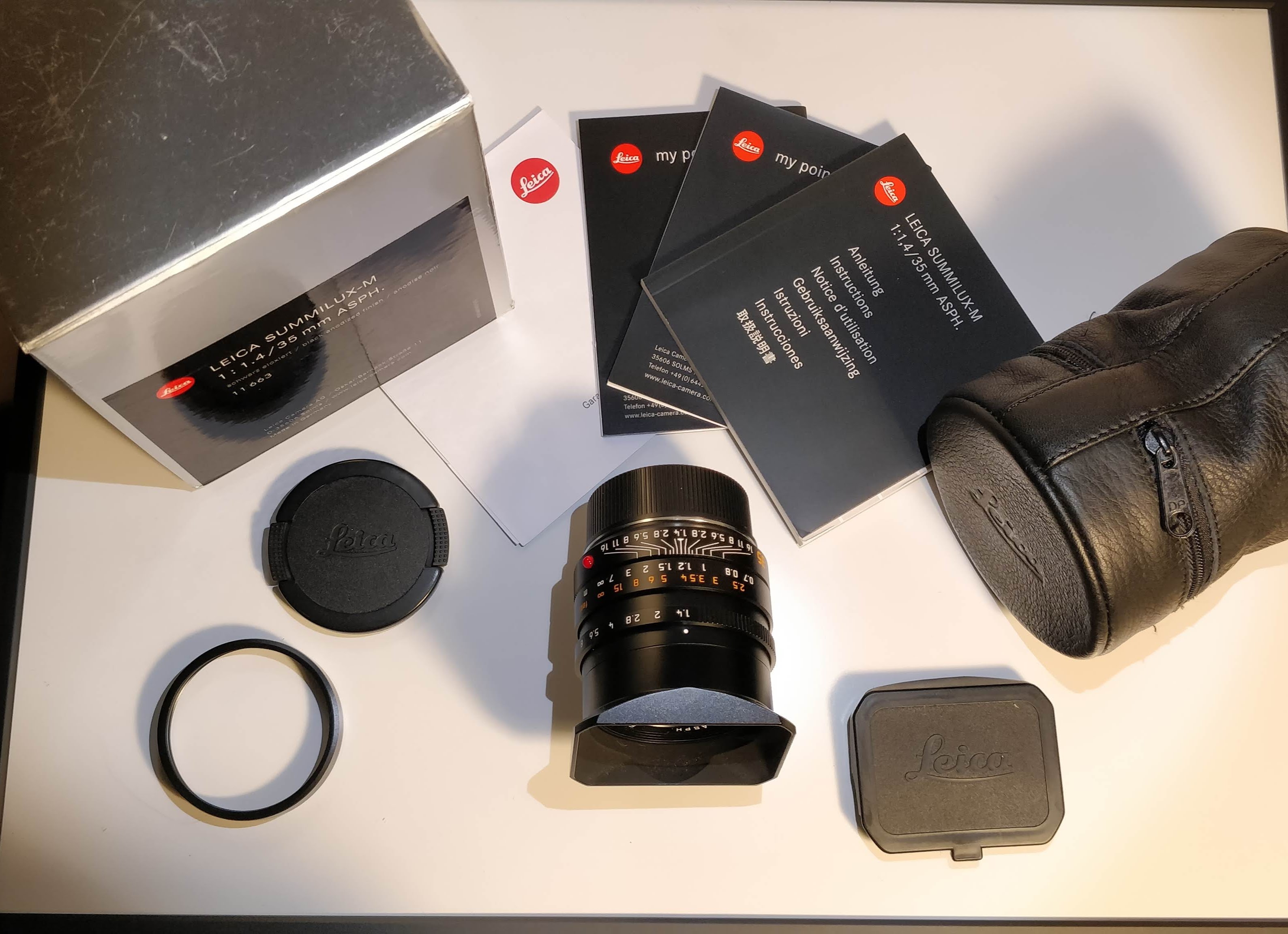 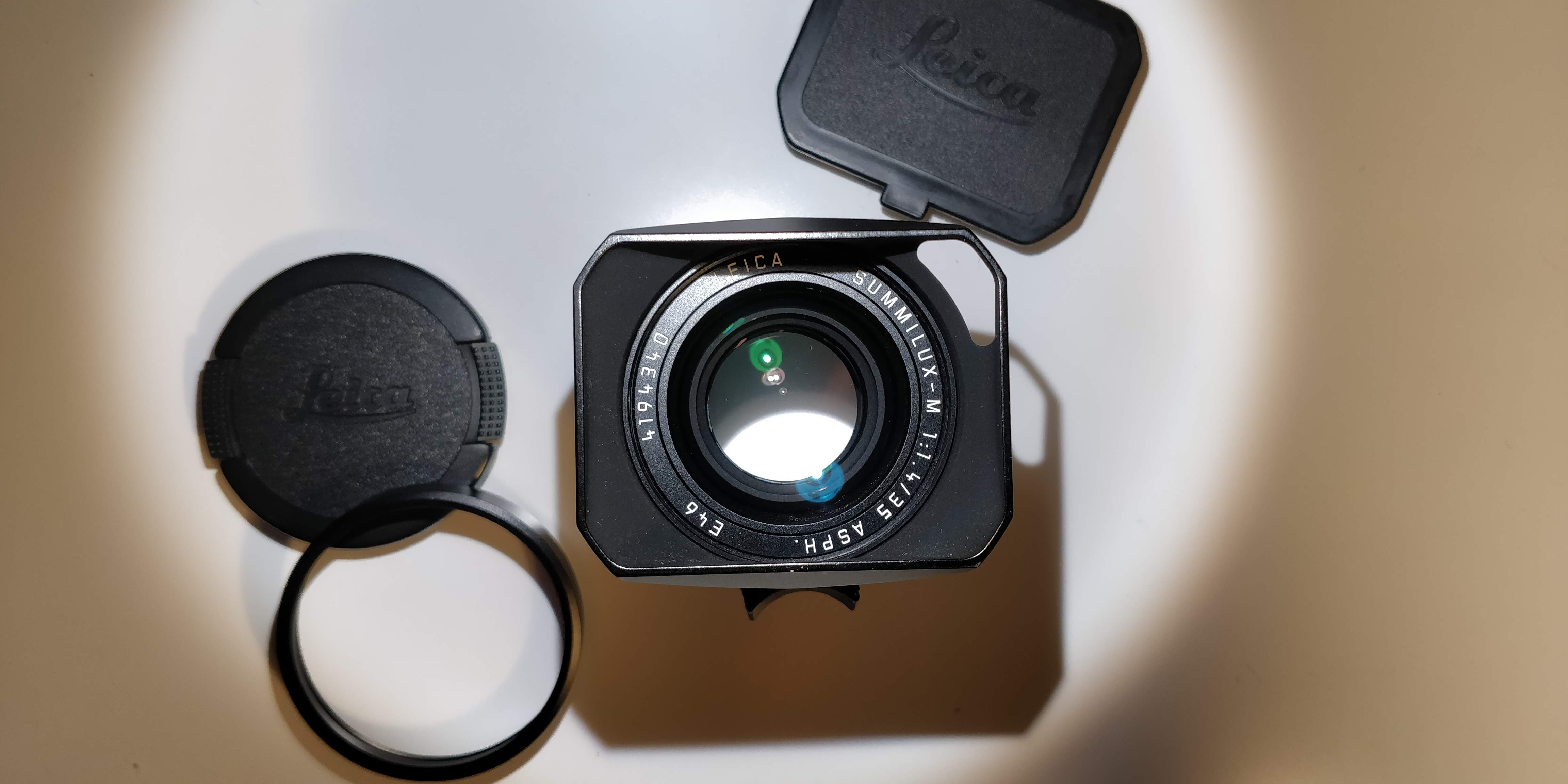 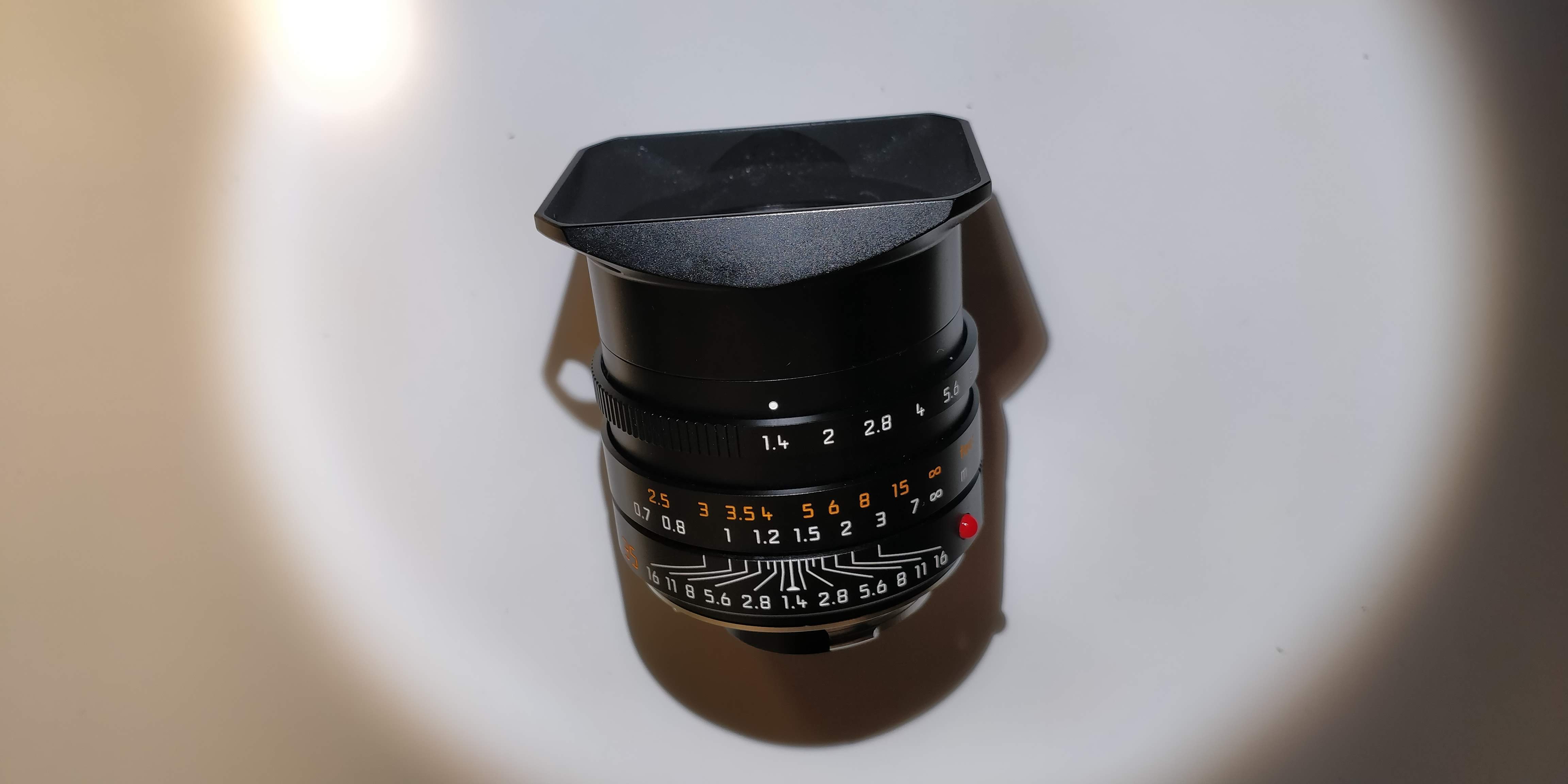 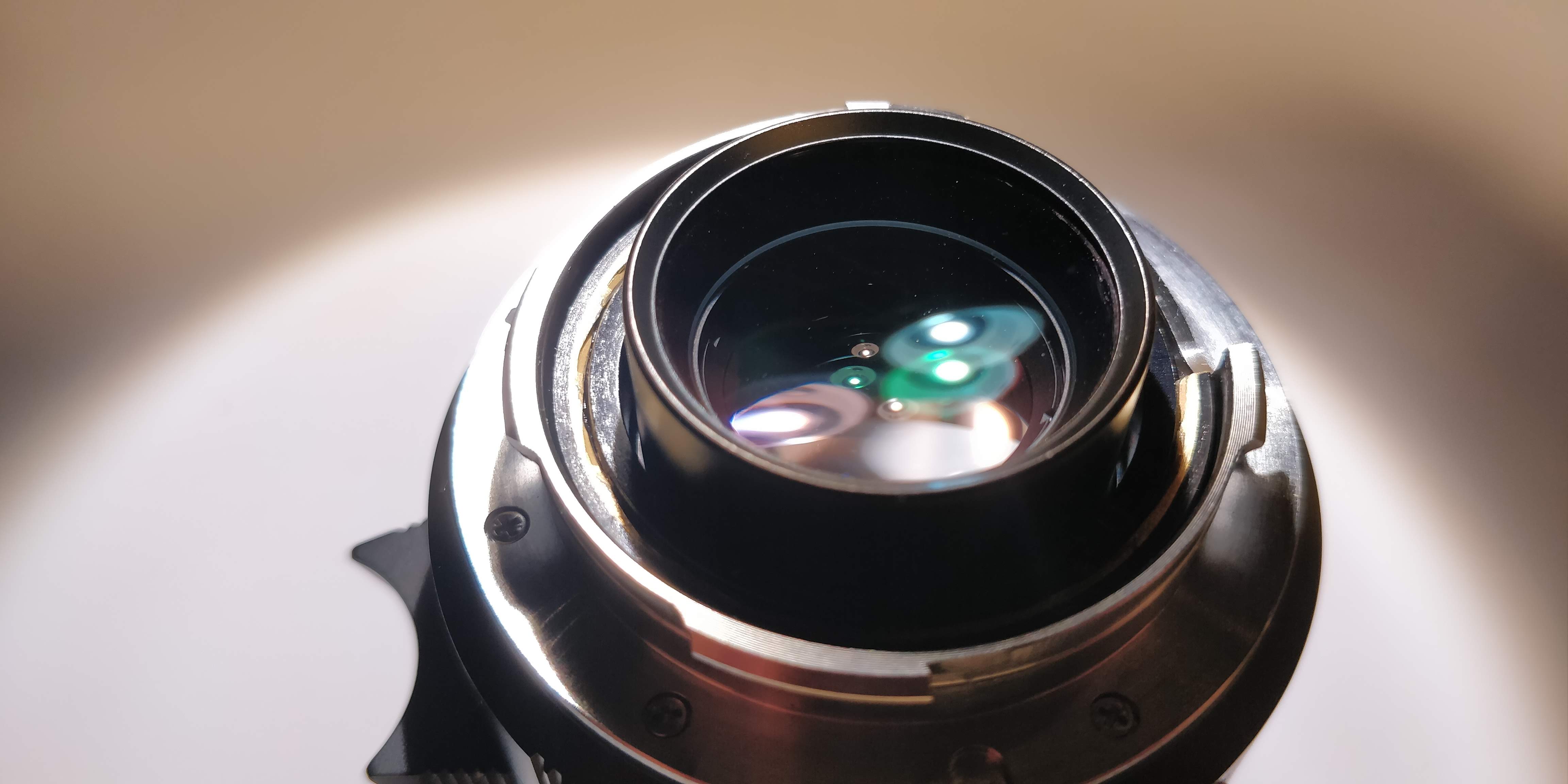 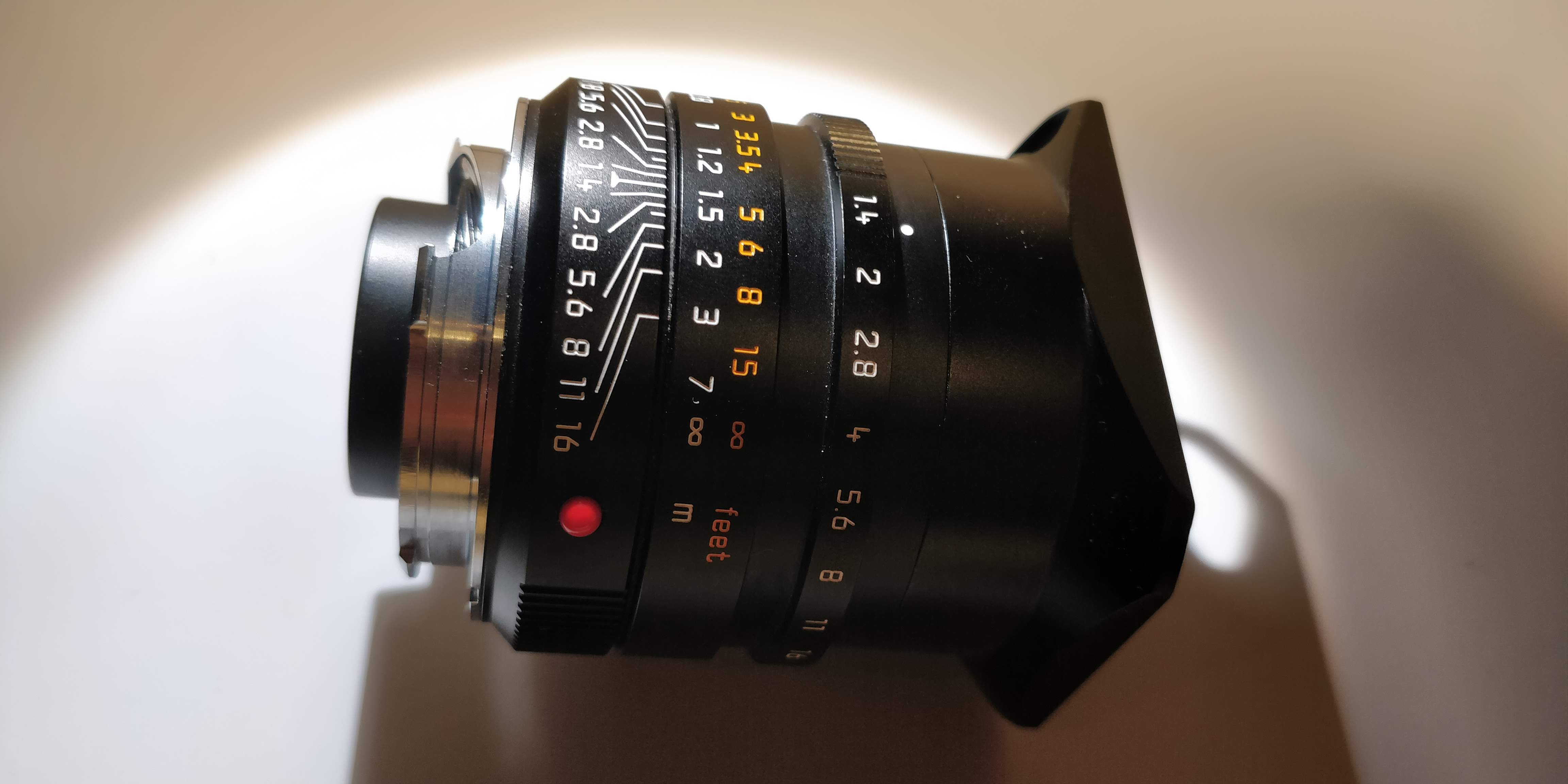 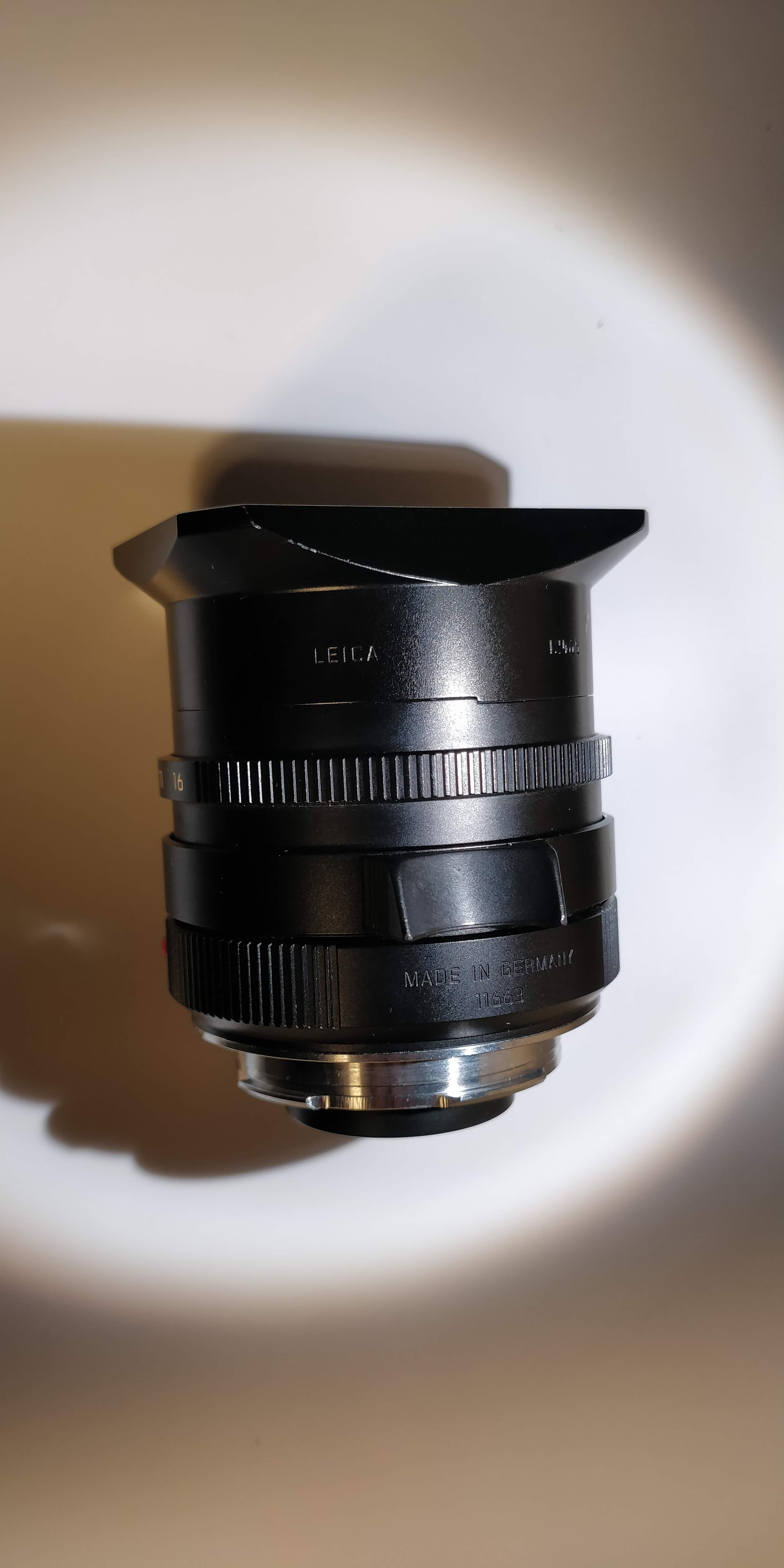 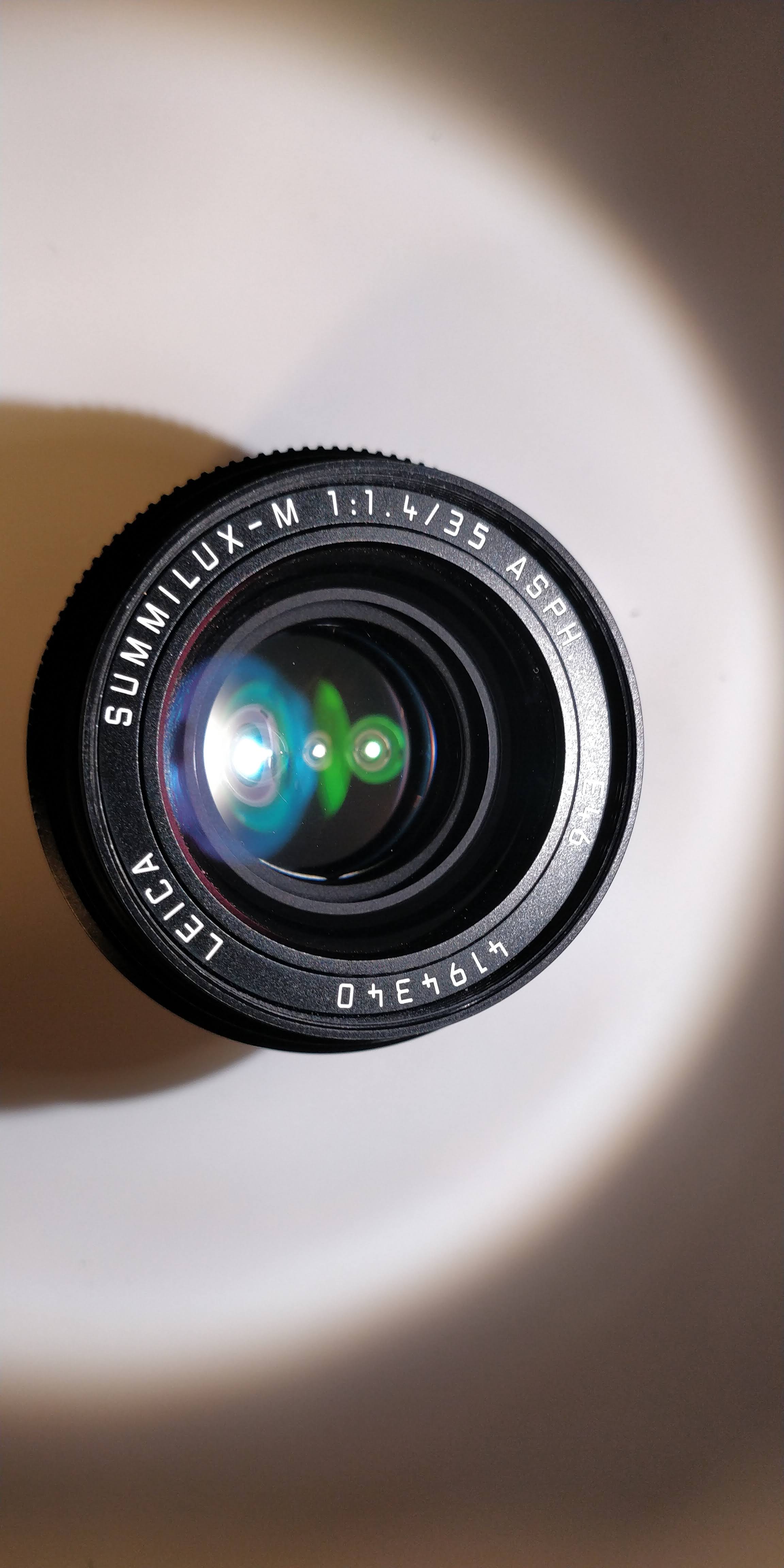 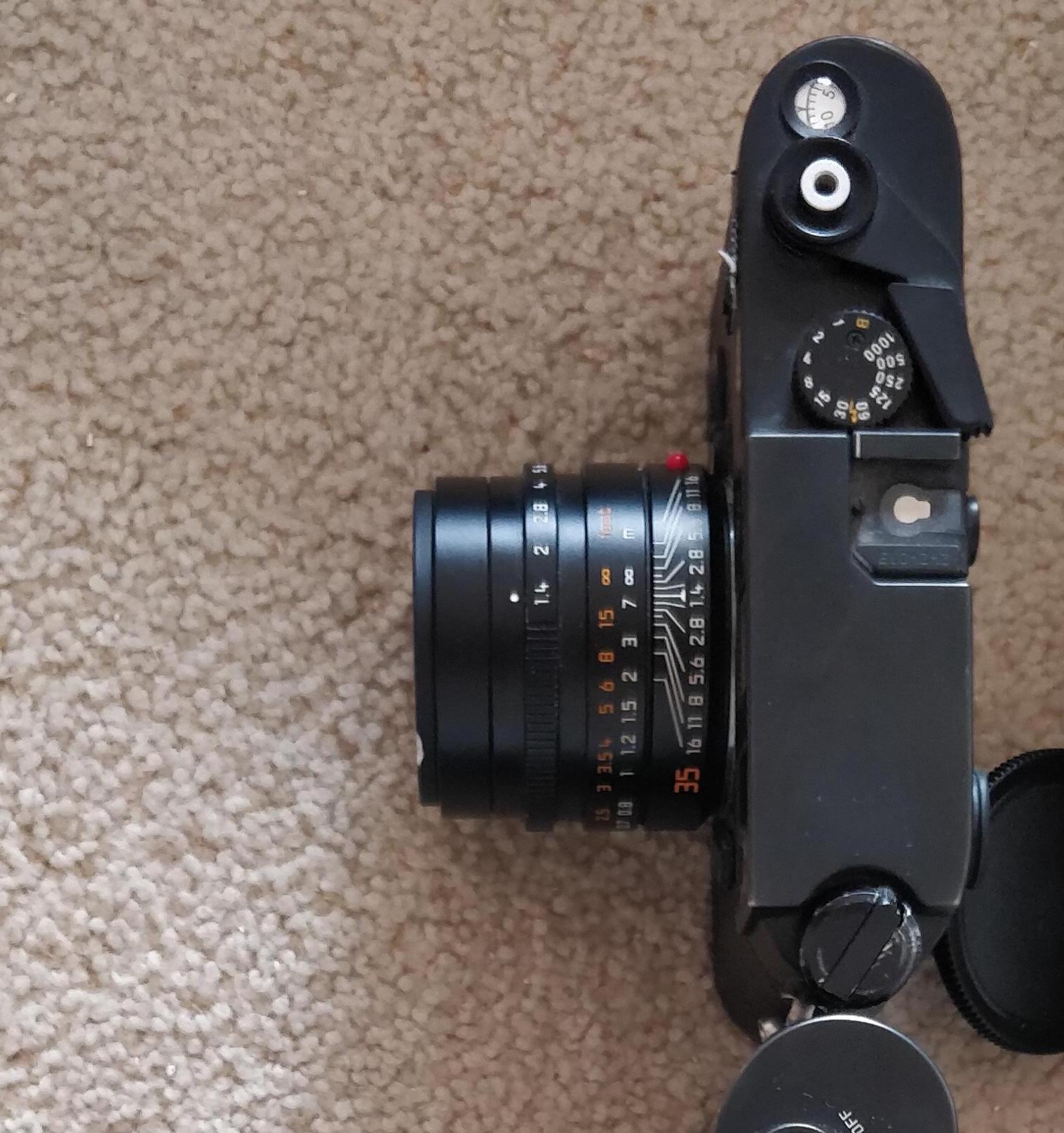 A little bit of backstory

At first I didn’t want a digital Leica because I thought it would be crazy to walk through the streets with something so expensive around my neck. Actually, I had the same thing with my M6, where at one point I even decided to sell it because it made me too nervous having it on the streets. But eventually (luckily) I got used to it. Later when I bought an M9M I had the same feeling, but I guess I eventually got used to that too. It’s like when you get a new phone, it’s funny how easy you get used to it and treat it just as bad as the last one (if you’re like me).

Anyway, the point I’m trying to make is that just like the M6, or M9M, the 35mm FLE was too much for me at first. I actually loved the idea of this lens, the pictures it produces looked amazing, and who doesn’t want to use a Leica Summilux M lens. They can make just about any photographer foam at the mouth, with their incredible bokeh, build quality, jewel-like feel… and jaw-dropping price tags. I told myself the price was just too much. What if I dropped it? Or accidentally scratched the front element? But it was really just a matter of time.

Eventually, I rationalised buying the 35mm FLE by telling myself it was the last lens I would ever need… If you’re noticing a pattern, it’s because it’s not the first time I had used this logic. This still being a very expensive lens, I first had to save some money, and wait for a good deal. So I still had to wait another six months before I got my hands on one.

Having it in my hands, my first impression was good. In fact, even after building up and obsessing over this lens for six months, the 35mm seemed like it lived up to all my expectations… incredible! First of all the build is magnificent, the quality of all of Leica’s Summilux lenses is second to none - except maybe some of Leica’s older lenses from the 50’s and 60’s. It has some serious weight and the feel is hefty and solid, mostly because this is a fast 35mm with large precision-engineered slabs of glass on the inside. But this is not practical, carrying a heavy lens around is no fun. It feels nice in your hand though.

Somehow, even though this lens is actually similar in length to the 35mm Summicron ASPH, the wide-diameter and weight of the 35mm FLE makes it feel more like my 24mm Summilux (I have both at the moment, so I was able to compare them side-by-side) - which is pretty similar in weight and diameter. The camera also tilts forward by about just as much, when hanging from my shoulder and when either lens is mounted. However, because of the longer length of the 24mm, and how the weight is distributed over this longer length, you can hold onto the 24mm when it is mounted to the camera, and it feels quite natural. The 35mm is too short for this. This also gives you something to hold that is closer to the centre of gravity with the 24mm, which works better in my opinion.

The 35mm FLE is not a small lens by my standards, but small for a Summilux, and very small when compared to basically any other 35mm f/1.4 - with modern optics and performance. In this regard, this is another one of Leica’s engineering marvels. The 35mm FLE is sharp wide-open, but noticeably softer than it’s 35mm Summicron sister. Wide-open this lens has a nice bokeh, but I should note that it’s actually pretty hard to get your subject in focus at close-focus. More than once I thought I nailed the focus, only to be very disappointed later. Wide-open it’s sharp enough though, and I actually like the slight softness, it makes a picture less clinical… more flattering.

Stopped down this lens is basically as sharp as the Summicron, although if you really pay attention it does maintain a tiny bit more softness, which I actually think is nice. On the other hand, 99% of people won’t notice, so only consider this lens over the Summicron for what it can do at f/1.4 - what the Summicron can’t.

So yeah, as you can see this is a great lens. The funny thing is, that before getting it I had not really put any thought into why I wanted it. For six months I was obsessed with this lens, and would constantly look it up and the pictures it made, but I never actually put any critical thought as to why it would be a good lens for me. I just thought, well it’s a Summilux, so it must be amazing.

To be honest, the lens didn’t suit me at all. First of all it’s pretty big, I knew this, but I thought I might be able to tolerate it as at least it’s the smallest Summilux Leica makes. In the end I disliked it’s size as much as I probably should have known… knowing myself. Second, and more noticeably, it’s very heavy for its size. I really noticed the extra weight over my Summicron v3, and this extra weight made me sometimes just leave my camera at home (not often), which is bad.

Dog waiting for his owner, Amsterdam

The worst part though… was that I stopped trying to shoot this lens at f/1.4. The DOF at f/1.4 is very shallow, so this really slowed me down when focussing to make sure I nailed the focus, which in turn made me miss a bunch of great shots (and I regularly still missed the focus). So I started shooting this lens at f/2.8 and f/8. And when I noticed this, I knew there was no point in keeping this lens. I did try to give the lens another shot, and I kept it for a few more weeks so that I would get some more good opportunities to shoot it at f/1.4, hoping that the image quality would be so incredible that it would blow my mind. But when I did, I wasn’t that impressed. Also there were very few times when I felt like actually shooting it at 1.4.

So I ended up selling my 35mm FLE about 4 weeks after I bought it, not quite ‘the rest of my life’. However, owning it taught me an important lesson: you don’t need the best gear in order to have the best gear for you. You just need what works best for you, and that can be whatever, and be for whatever reason you decide is important to you. I guess that sounds pretty obvious, but it wasn’t at the time.

1. Best 35mm ever made (in terms of performance), probably

2. Small for a Summilux

You should probably get the Summicron

So yeah, the 35mm Summilux FLE is amazing, it produces the best looking images and bokeh I’ve ever seen on a 35mm. On the other hand, it’s not much more amazing than my 35mm Summicron v3, and for the size, weight and price difference, it’s not worth it.

This is why I see this lens is more as a speciality lens, it’s more for people that really need that f/1.4 aperture, and basically plan to shoot it wide-open 100% of the time. Everybody else should get the Summicron, (probably) including you.