Leica IIIa: The perfect toy for a Leica photographer. 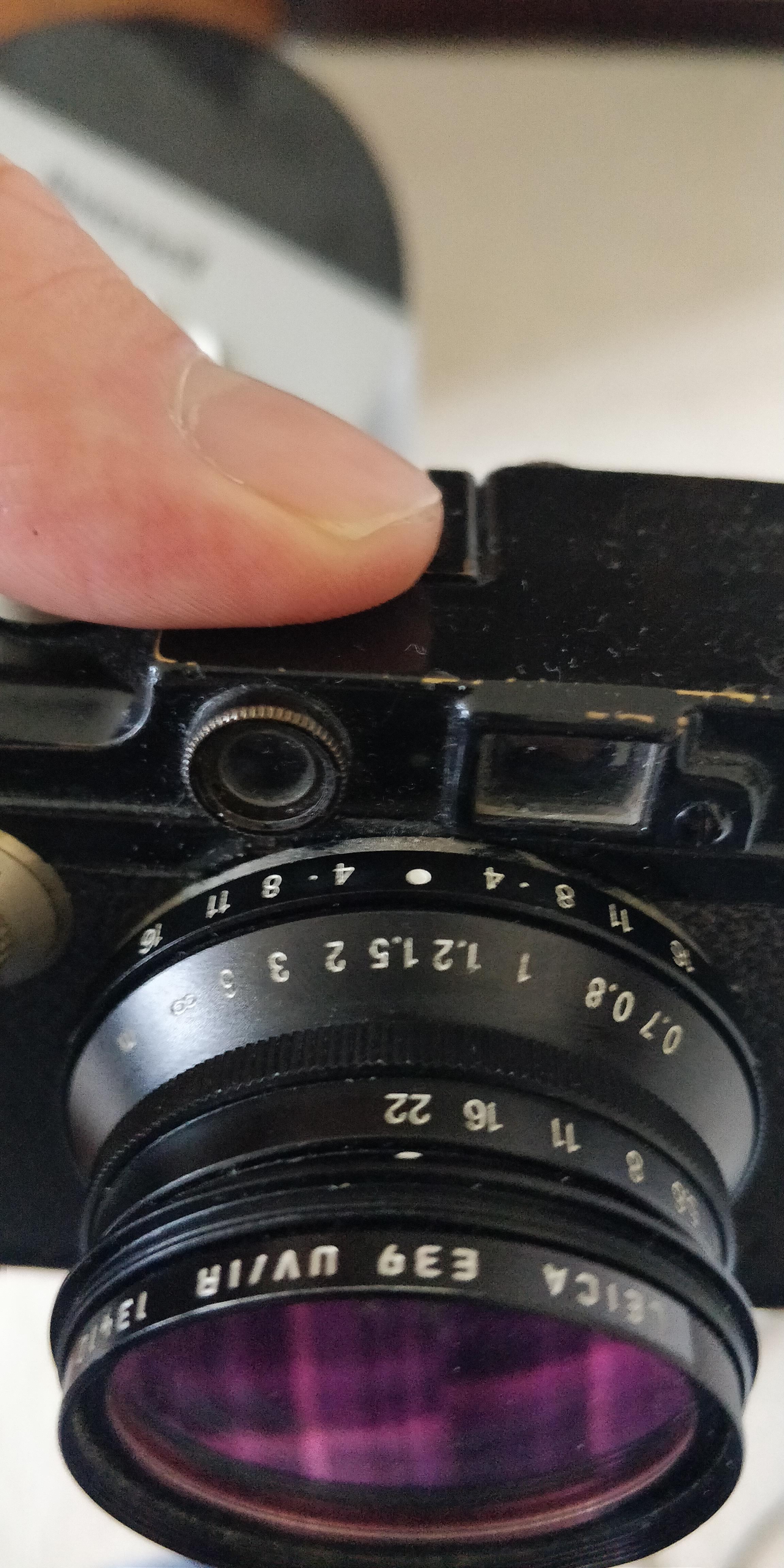 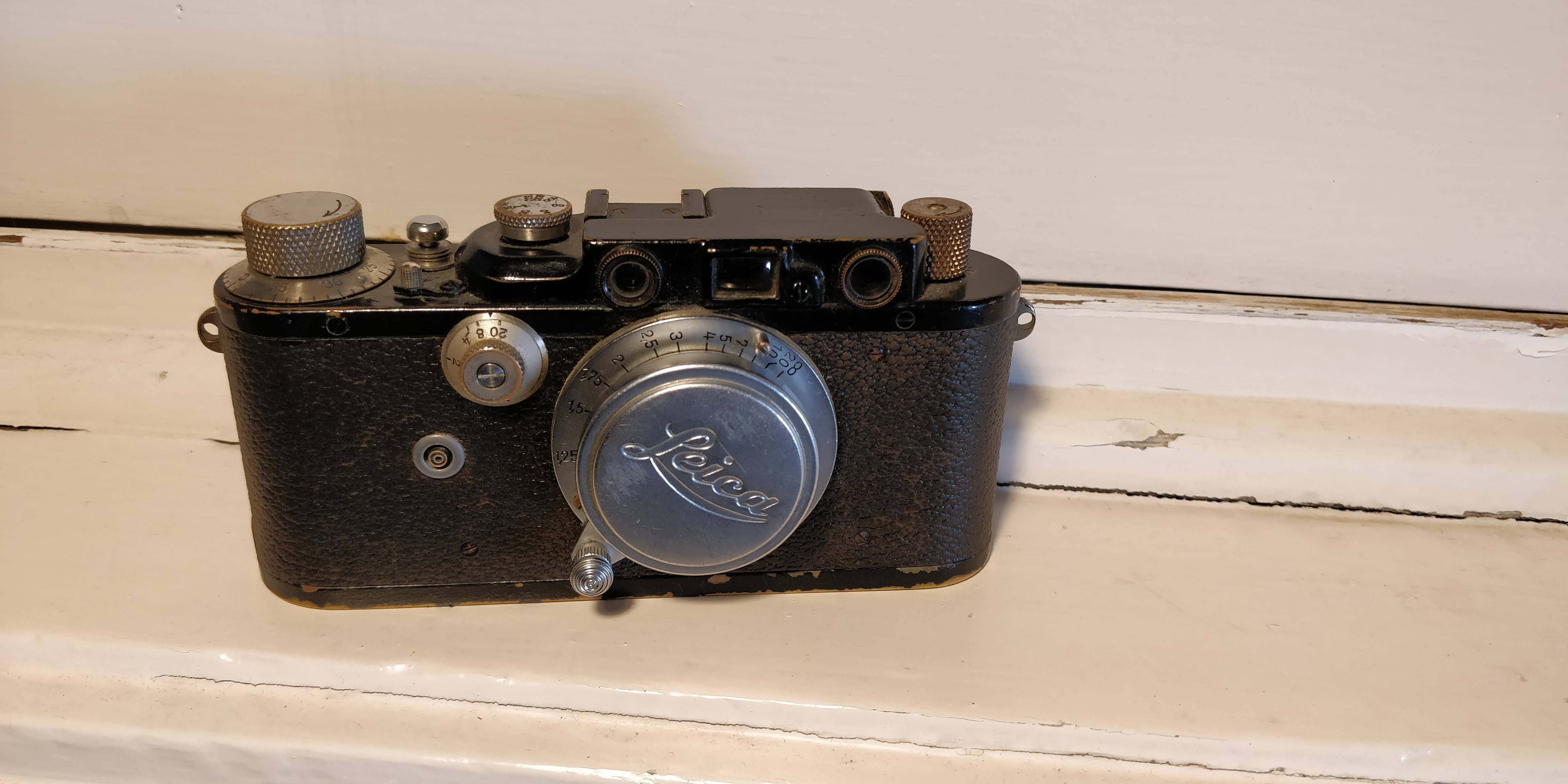 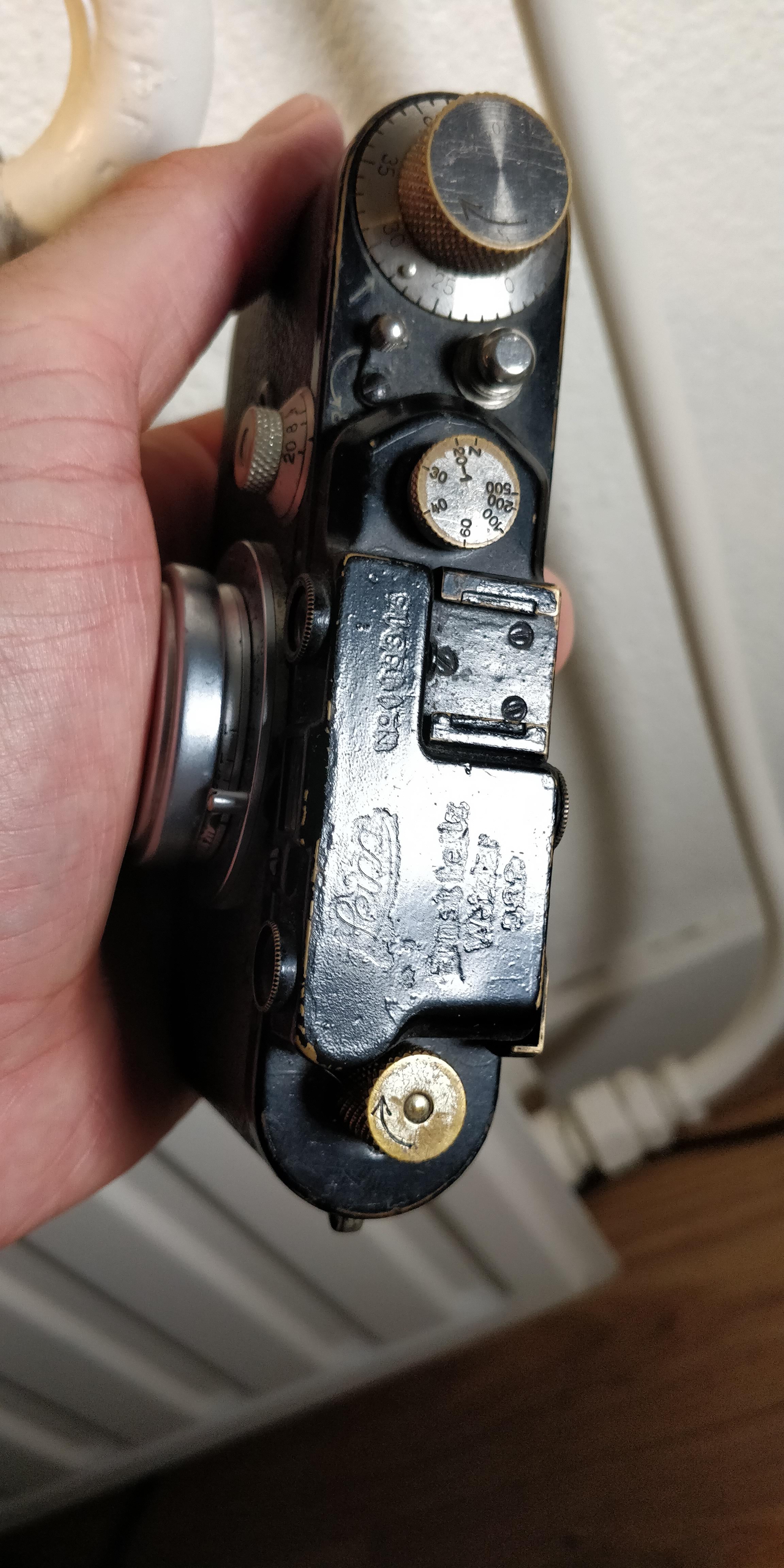 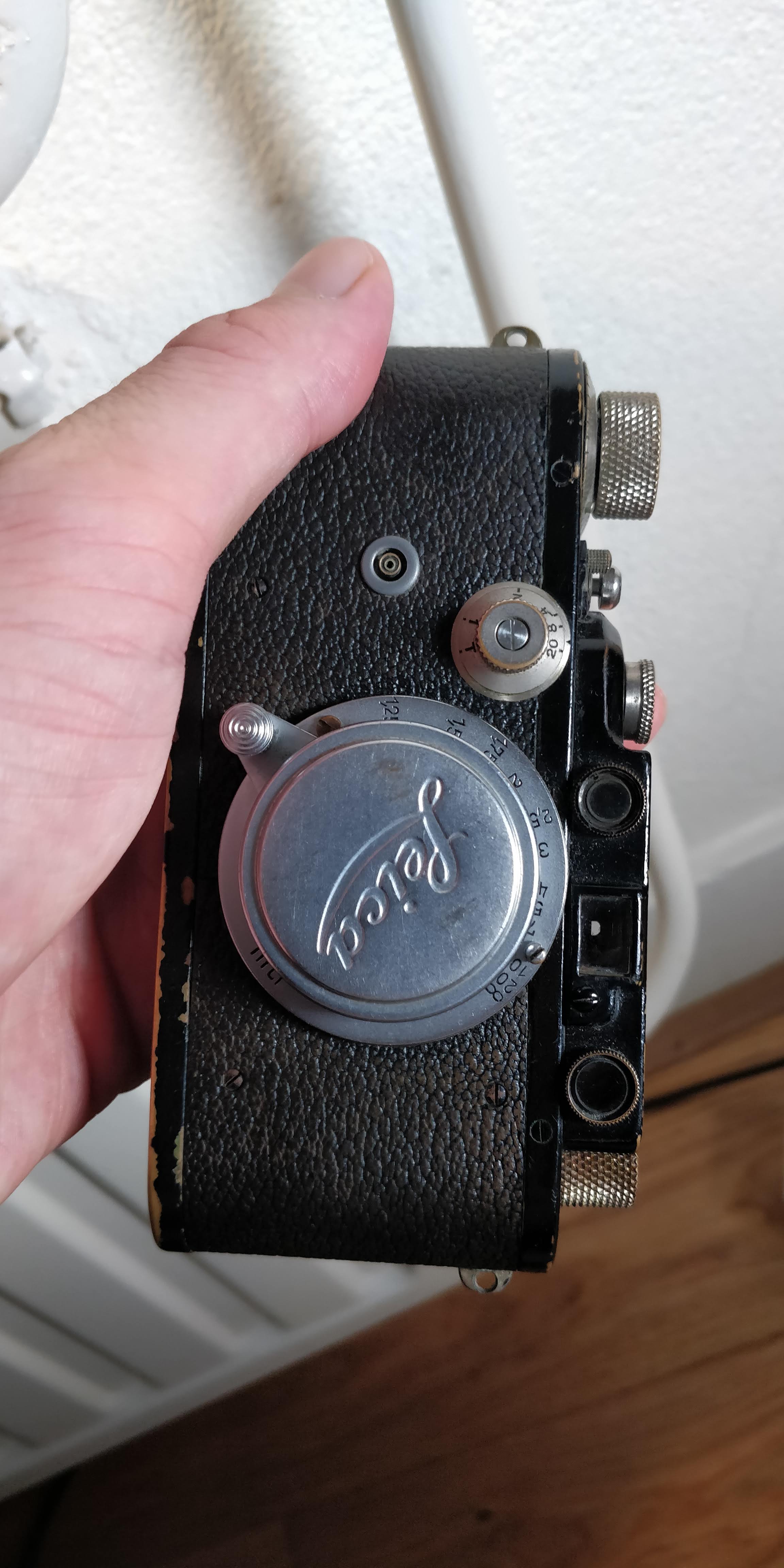 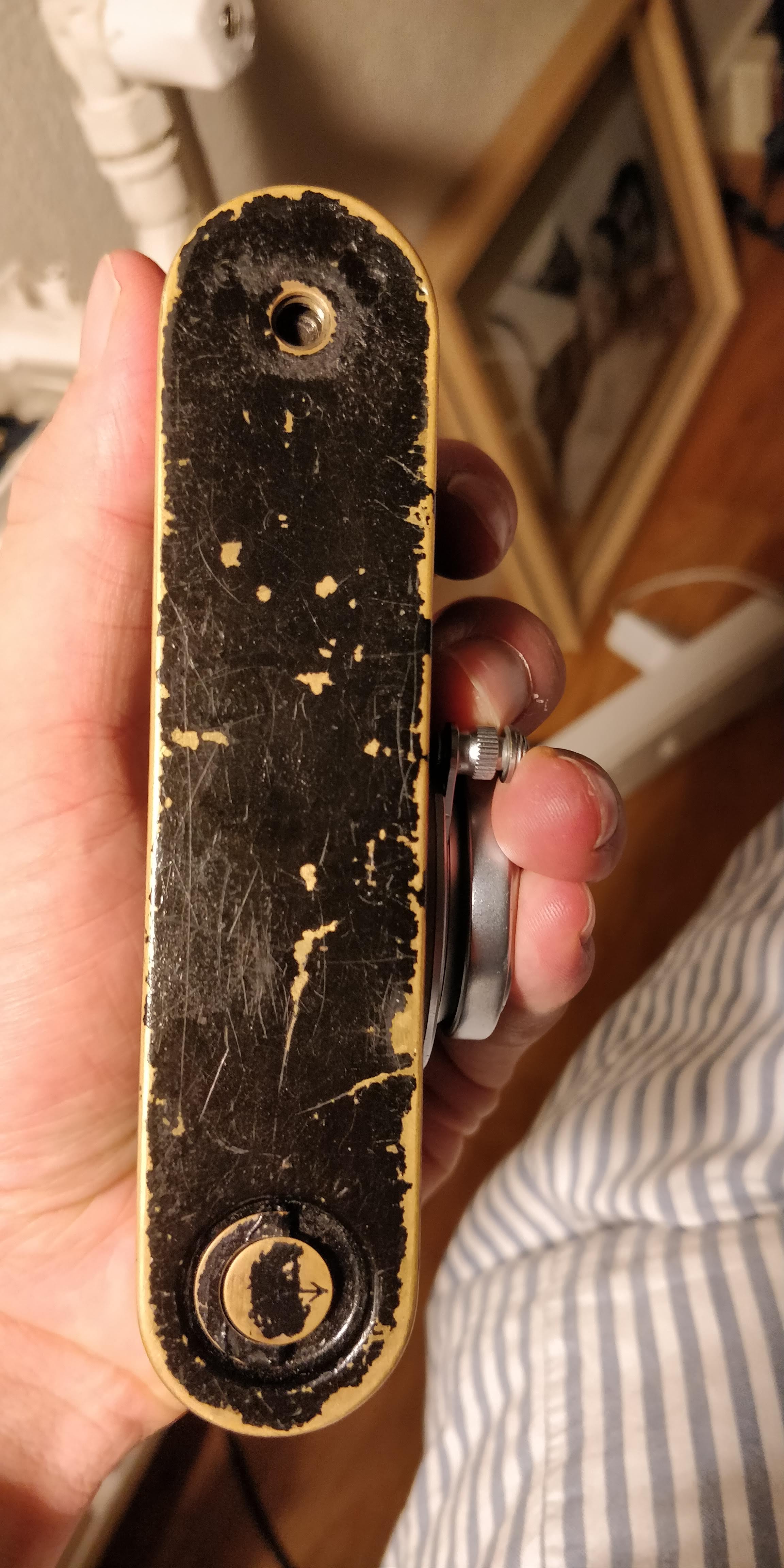 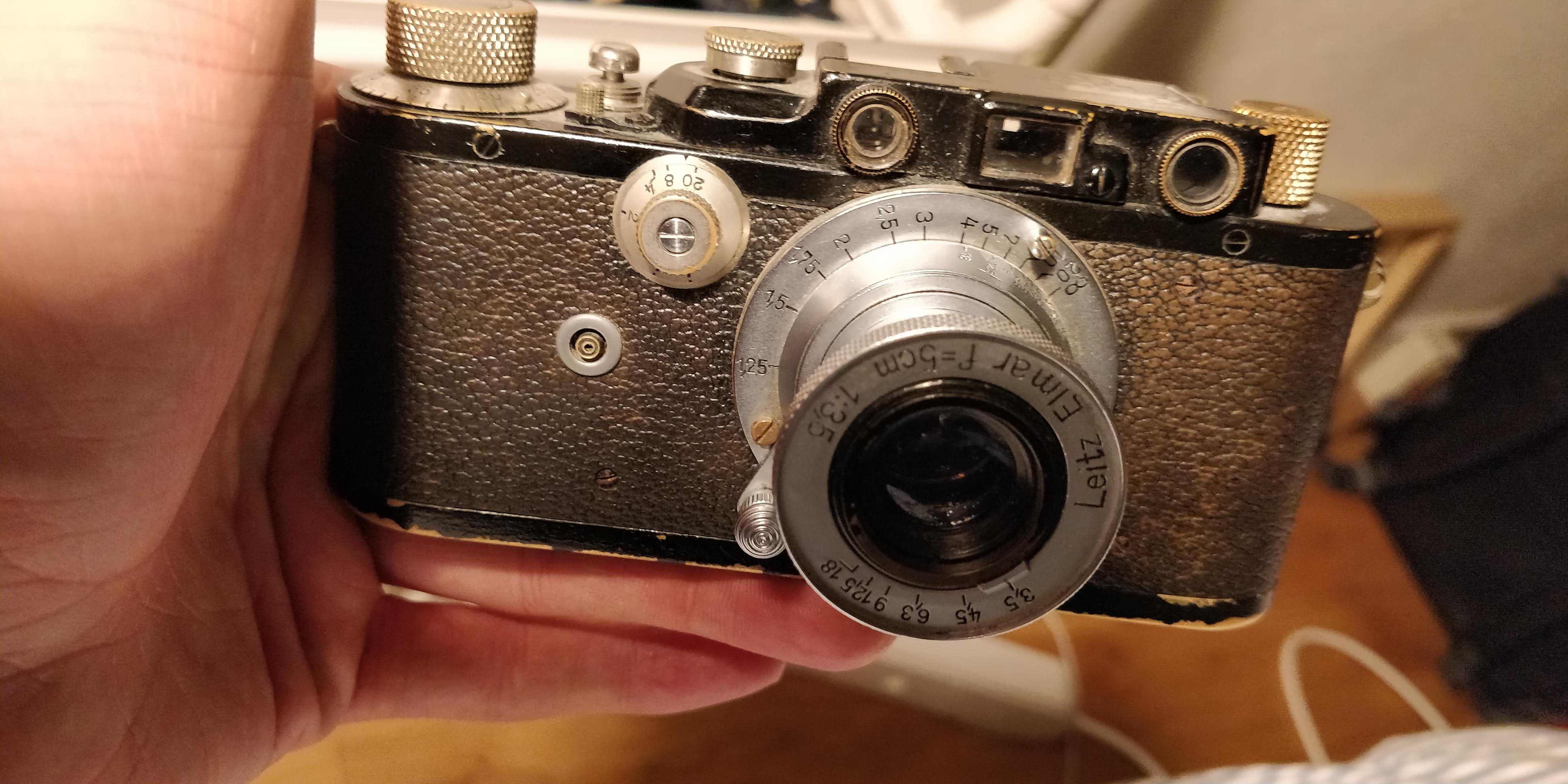 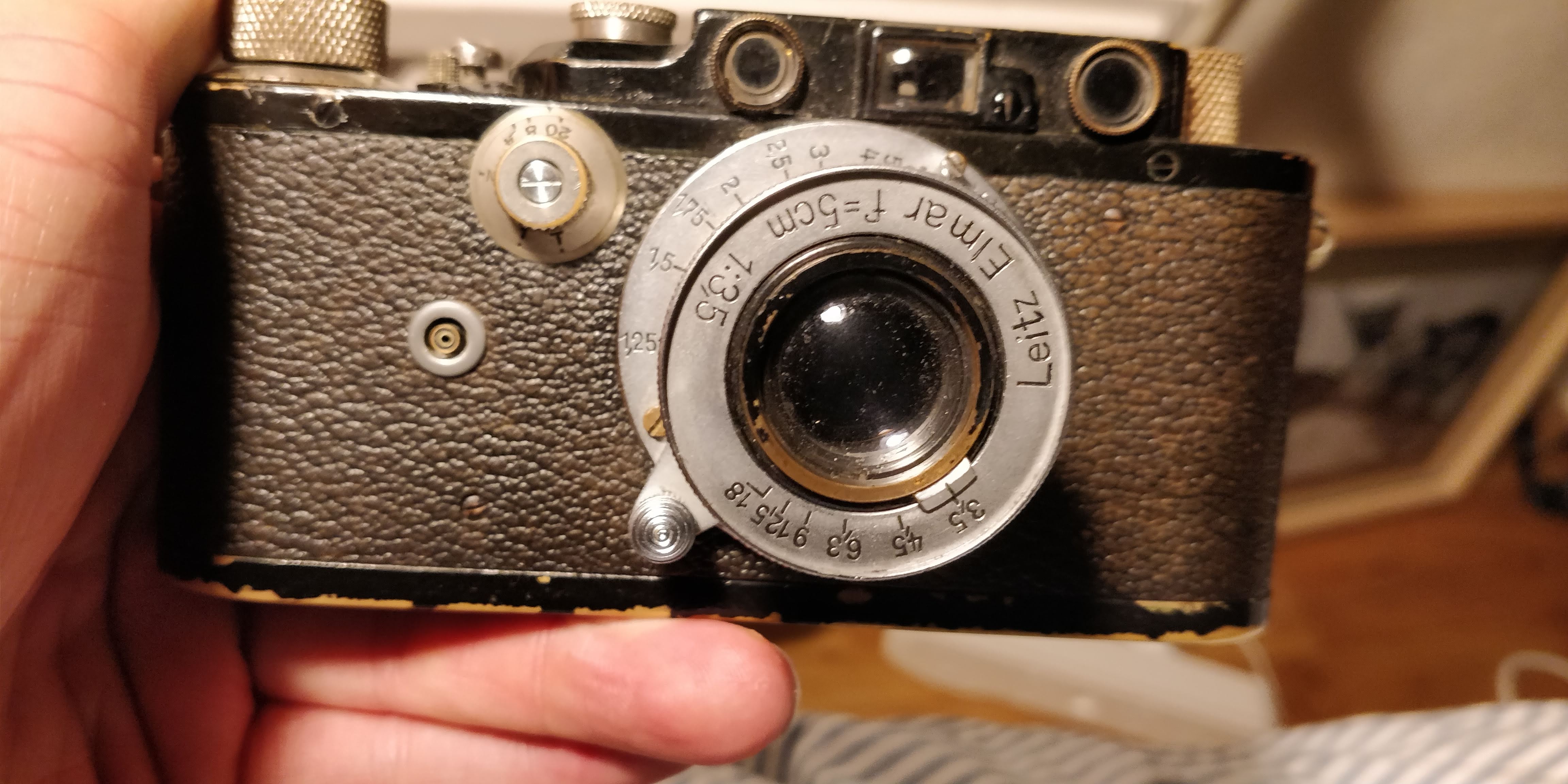 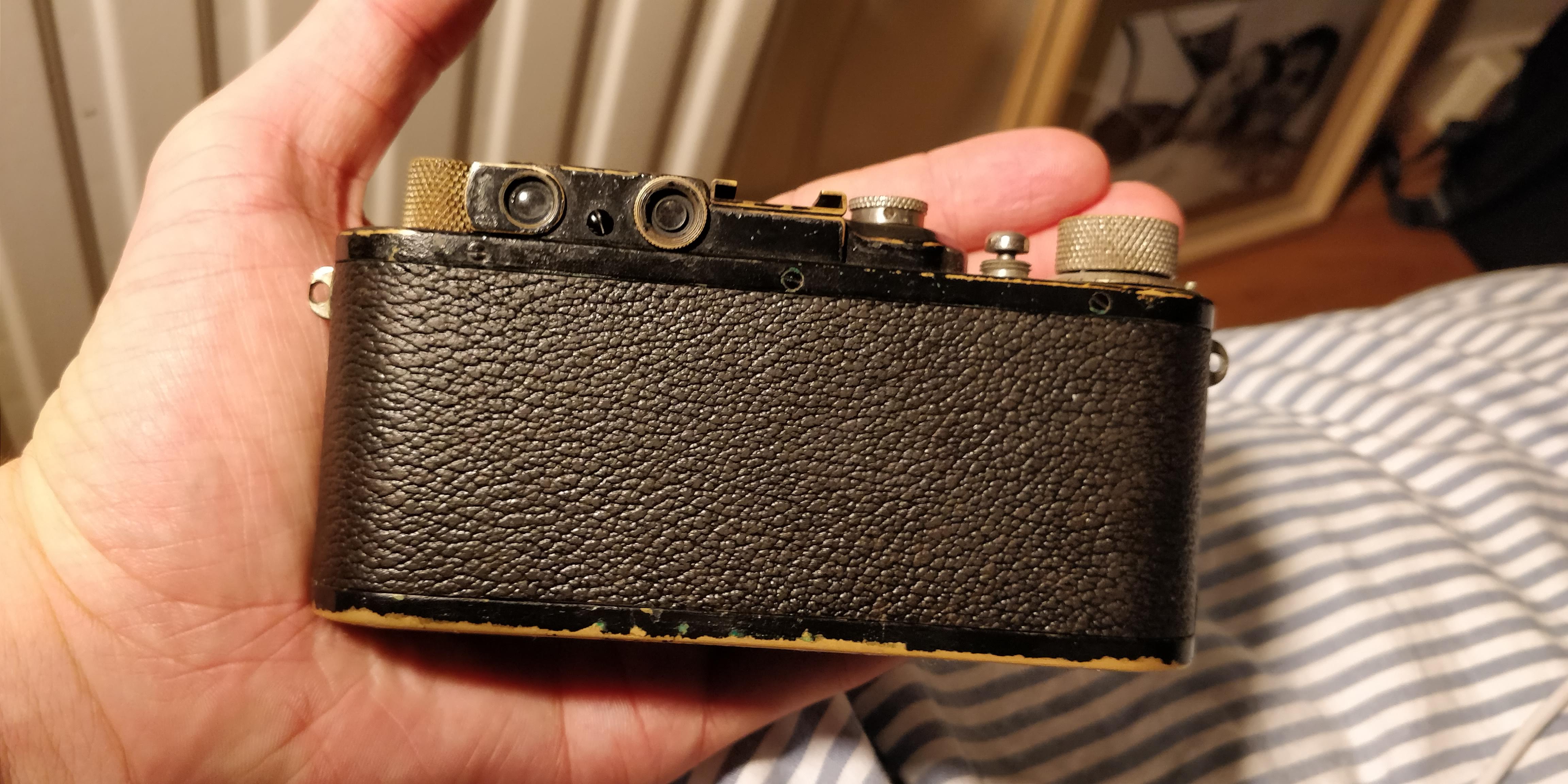 It’s not really fair to call this camera a toy, but it’s so fun and so unpractical that I really can’t think of a better description.

When it was built, nearly a hundred years ago, this camera was a very serious tool for very serious photographers. It was expensive too, and manufactured to perfection. I think everyone can respect the fact that these cameras still work. My Leica IIIa has survived through World War II, and it’s still taking pictures in 2020. In my opinion, this camera’s history alone is enough reason to own one.

The Leica IIIa is great to have. It doesn’t really matter if you just want to look at it, use it as a paper weight, or actually use it to take pictures. First of all, its beautiful, designed by Oskar Barnack himself. It’s tiny: together with a 5cm f/3.5 collapsible lens it fits in a typical man’s trousers pockets. It’s a little uncomfortable in your pocket because it’s so heavy, but it fits without a problem. It also fits quite nicely in your hand, and the placement of all of the buttons and dials feels good.

The top and bottom plate are brass, which is what makes this camera so heavy. Mine is painted black, but the paint job is pretty uneven so I think this was done later in it’s life by one of it’s former owners. For me this is just another reason to love my particular IIIa even more, it feels like it has a story, one I’ll never be able to find out. The body is covered in a comfortable leatherette, amazingly the leatherette on mine is still in great shape, maybe it’s been re-done. If so it was a long time ago, because it’s undoubtably old. Either way, it’s very nice to grip - it reminds me of holding an M3.

Built for another age

When using the IIIa you really start to realise that it was made for a different age. At first it looks and feels like it’s basically a prototype of the M3. It’s a little smaller than the M3, but it’s about as heavy and has a pretty similar early 1900’s vintage look. Although, the IIIa definitely feels more like an ‘invention’ and less like a ‘tool’. You open the bottom plate, like you would for an M3, load the film and then close it up again - so far so good.

Then things become a little strange. Winding the film is done with a big circular knob where you’d usually find the winding lever, which takes quite a bit of force and time. After extending the collapsible lens I couldn’t find the aperture ring at first. The aperture is controlled by a tiny ring that sits around the front lens element. To change the aperture you need to push and rotate this little tab with your finger. There are no aperture clicks and only ‘unfamiliar’ apertures like f/3.5, f/6.3, and f/12.5 are marked. I like to shoot this camera wide-open because the slower shutter speeds are pretty unreliable.

The shutter speed dial is probably the strangest thing. In fact, there are two! The dial on the top has the faster shutter speeds ranging from 1/500th to 1/30th, and a ’20-1’ and ’bulb’ (marked by a Z) setting. The dial has a locking mechanism, which holds the dial in place with a spring. In order to spin the dial you need to lift it up, spin, and then drop it into place, which feels a little slow. The slower shutter speed dial sits at the front of the camera, and has shutter speeds ranging from 1/20th to 1 second. On this dial you can also choose the timer setting, marked by a ’T’. In order to use these slower speeds, the ’20-1’ setting on the top dial needs to also be selected.

Now it’s time to focus! The focus lever has an infinity lock, but it’s been well designed. If you grab the focus lever you also simultaneously unlock the lens (there is a little spring mechanism in the lever) so that its free to spin, it feels pretty natural. There are two windows for focussing: essentially the range-finder and the viewfinder are separated - it’s the combination of these two windows which eventually made the M3 possible. First, focus the image. Look through the little window at the top-left of the top-plate, and you will see two tiny images. If you spin the focus lever, you can make these images overlap - what’s overlapping is in focus. Now shift your eye to the window on the right. Whatever you’re seeing through this window will be in your picture.

At this point I wouldn’t blame you if you want to double-check everything to make sure you did it right. If you think everything is ok, then press the shutter button, take the picture! The shutter has a nice clear mechanical sound and feel to it, very satisfying. Not quite as refined as the sound and feel of the M3, but still pretty great.

The experience overall is great fun and it really makes you think about how photography has changed since the 1930’s. Taking a picture with this camera takes time, so either you take your time, or you need to plan your picture well ahead before taking it. I feel that it’s good to be reminded, every now and then, that you can take your time when taking pictures. But this is also a camera which ushered in new possibilities, with it’s extremely small size, and sharp (for it’s time) lens. This was a pretty revolutionary design where the goal was to minimise size and maximise quality, something Leica still strives to achieve today.

My IIIa might be in pretty bad shape compared to some more minty versions, so maybe it’s not the best example. It's condition meant it was cheap, and I love using it. You really have no idea what you’re getting when you take a picture, and it makes everything much more fun. The stakes are pretty low, so I might as well just have fun with it and see what happens! Really, those are probably the best camera's: the ones that remind you that shooting can be fun.

Given that this is not your typical camera or camera review, I won't bother you with a pro's and con's list here. Buy this camera if you want to have some fun, and if you can find a good deal!

Not a museum piece (yet)

It might seem like it belongs in a museum, but the best feature of this little camera is that you can actually use it.

The results are a mixed bag, but sometimes you strike gold. The 5cm f/3.5 lens (the first 35mm camera interchangeable lens ever made) is sharp, but only in the middle, and cannot handle most types of backlighting or flare, probably because a substantial amount of haze has built up inside. Also, most of the slower shutter speeds get stuck and overexpose the images, and about 1/4th of the time the camera seems to not expose a frame or double expose it. Honestly, I love it!