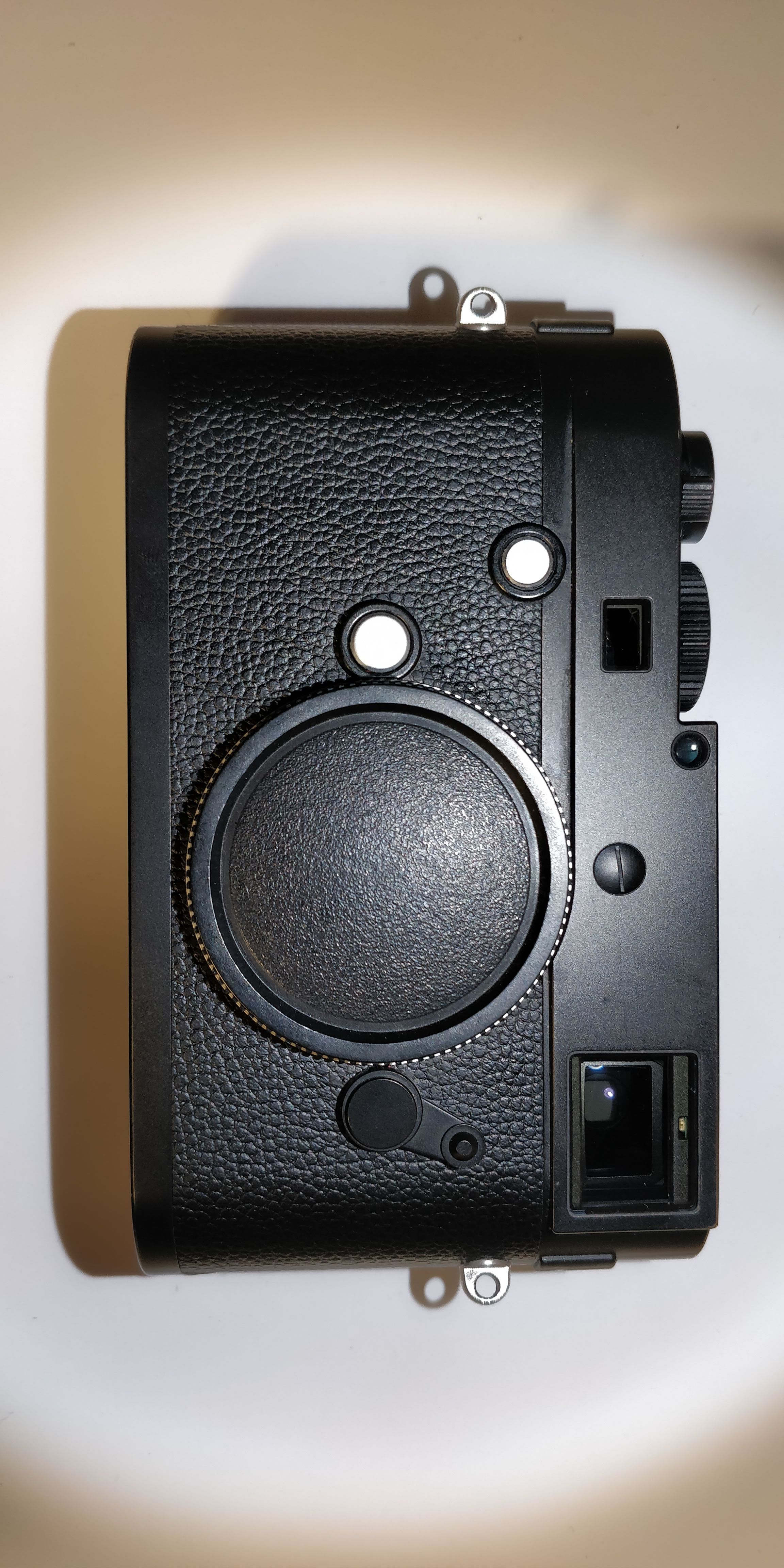 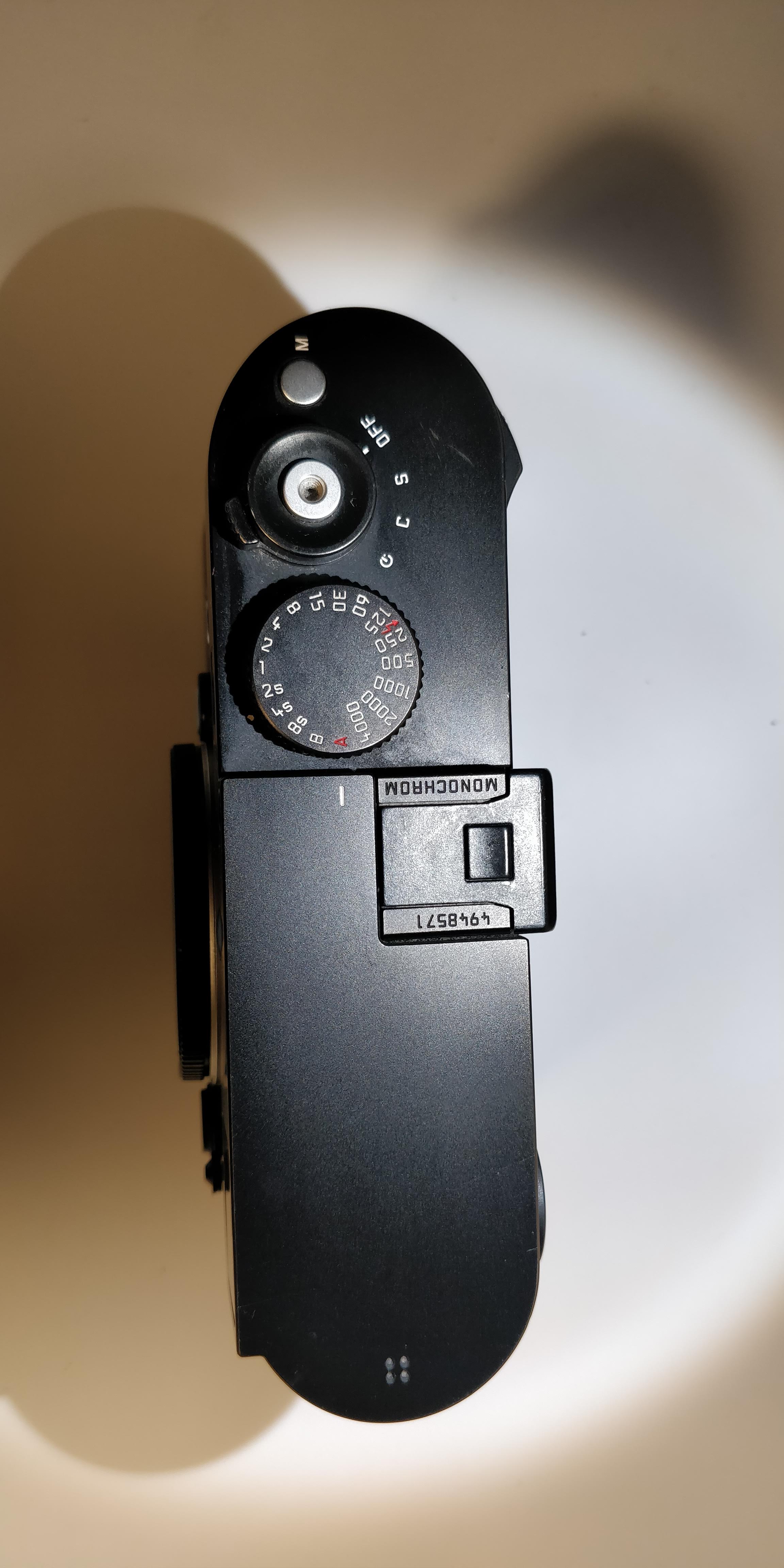 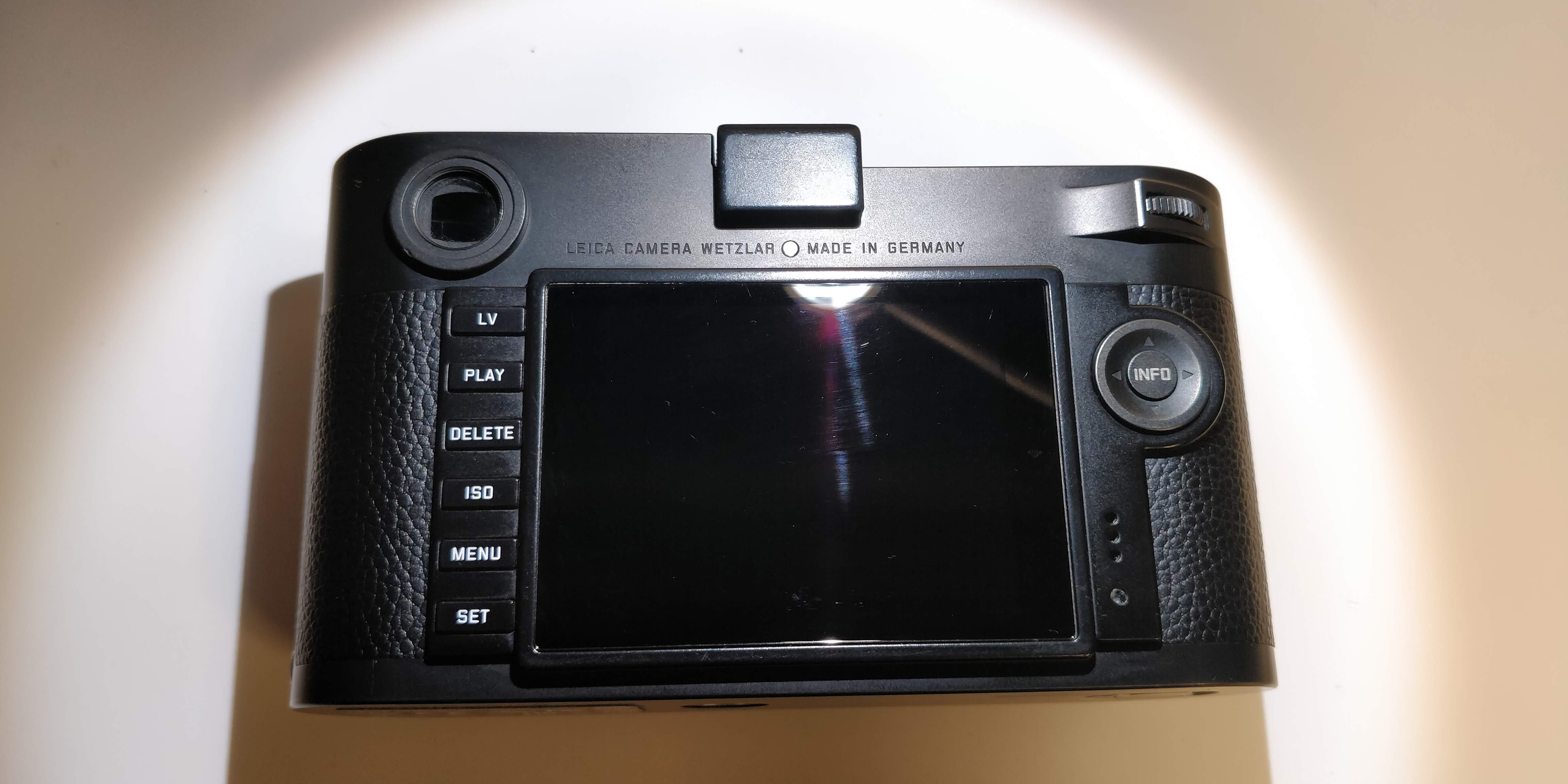 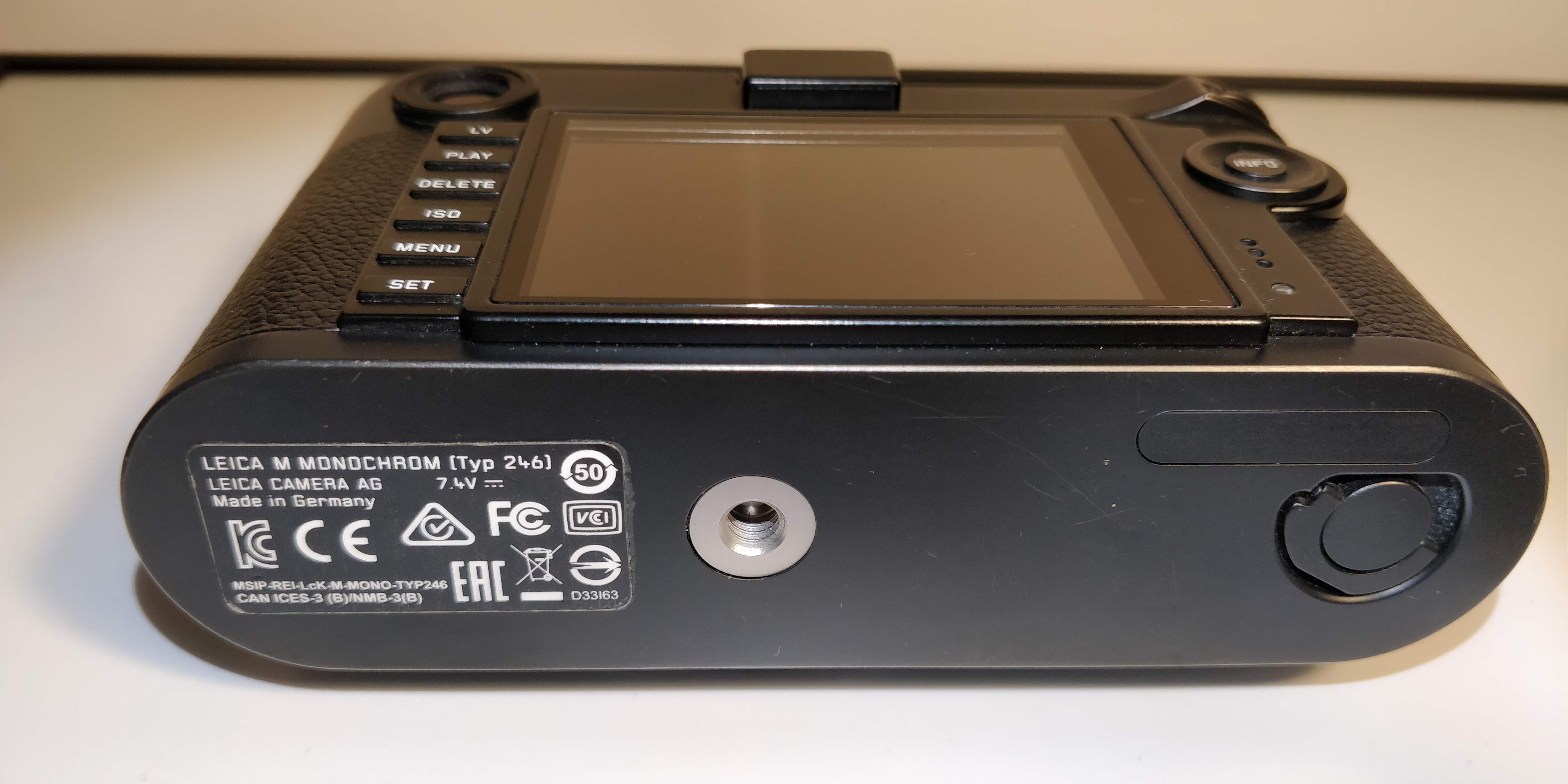 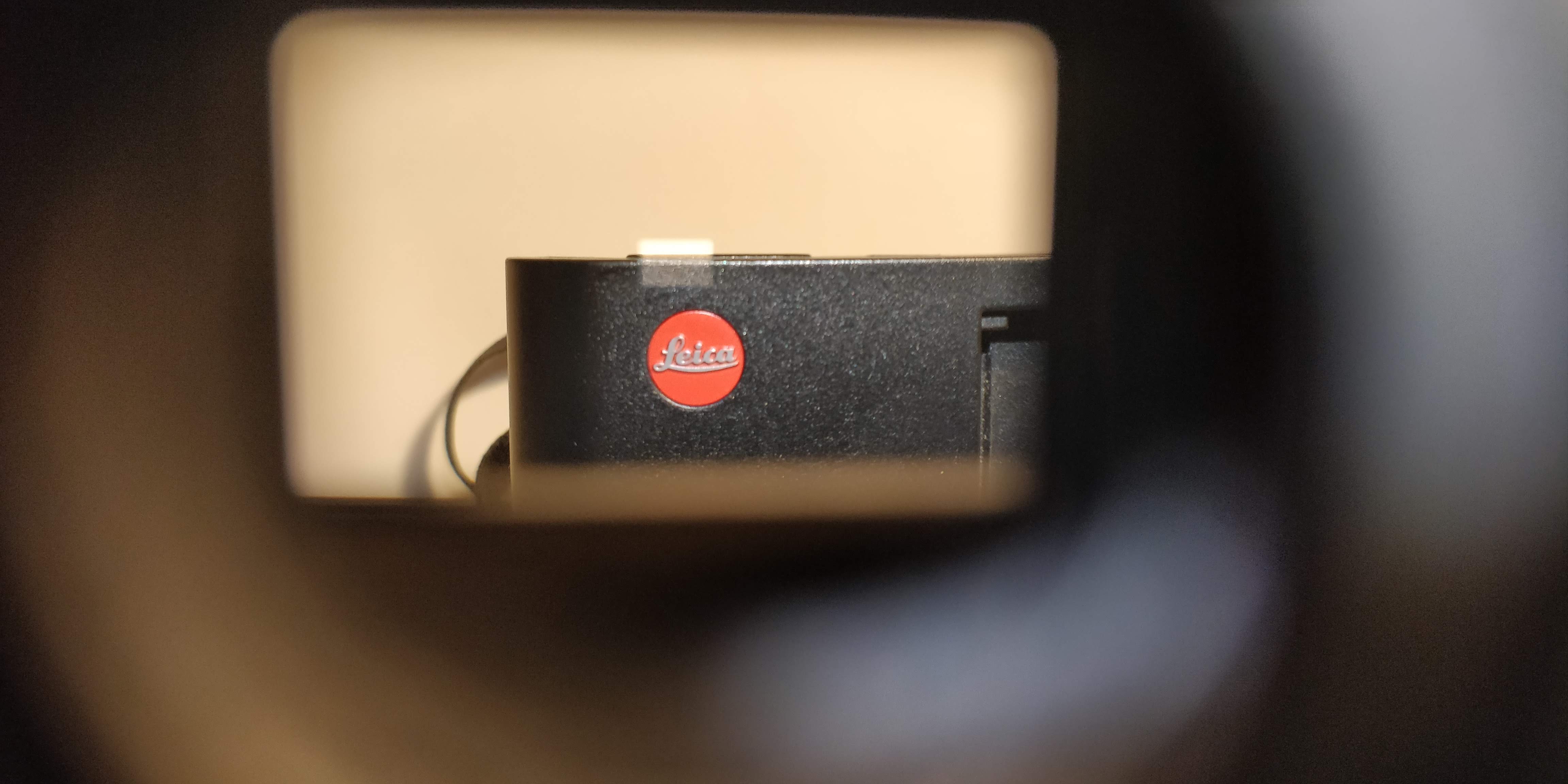 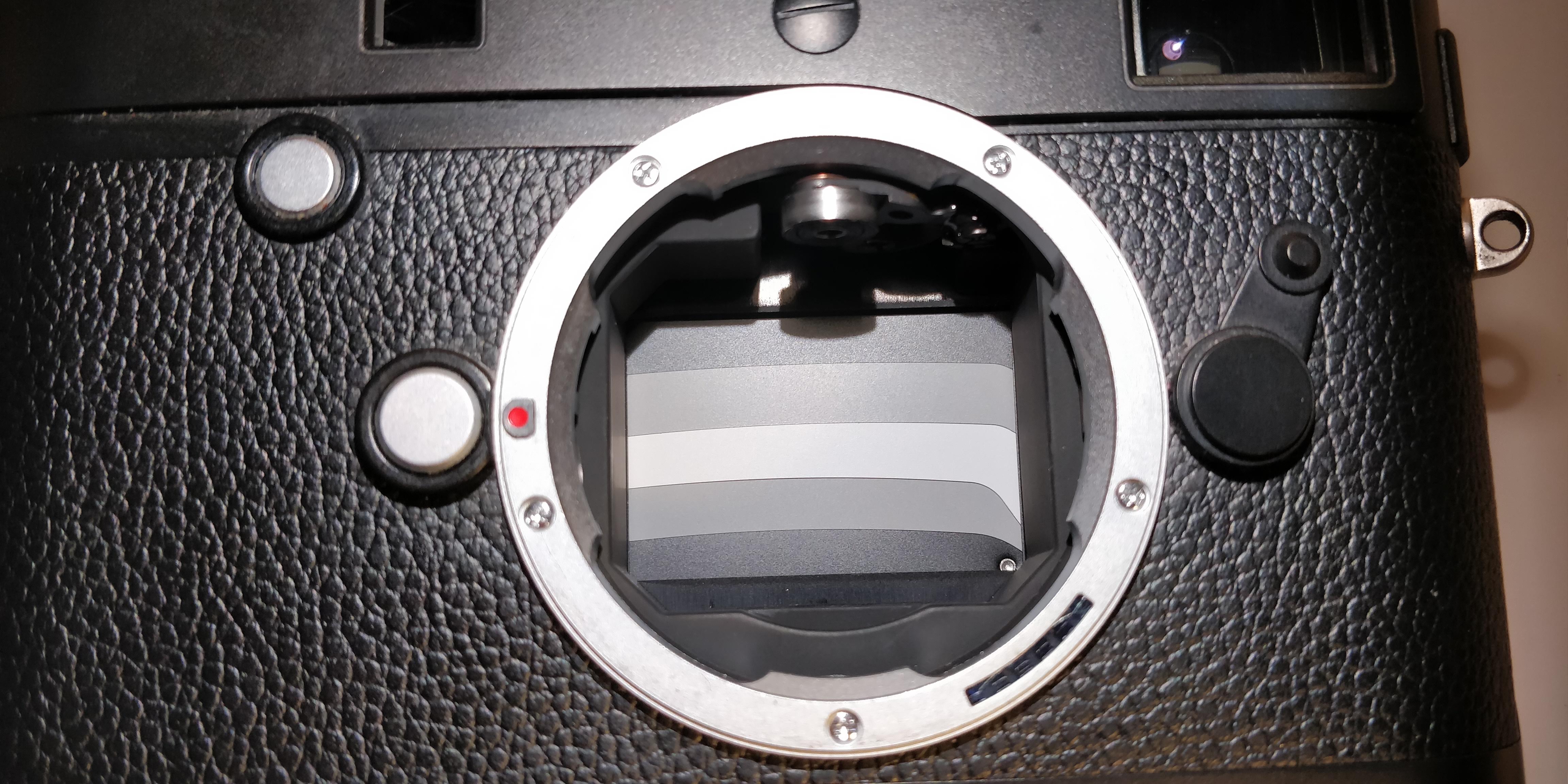 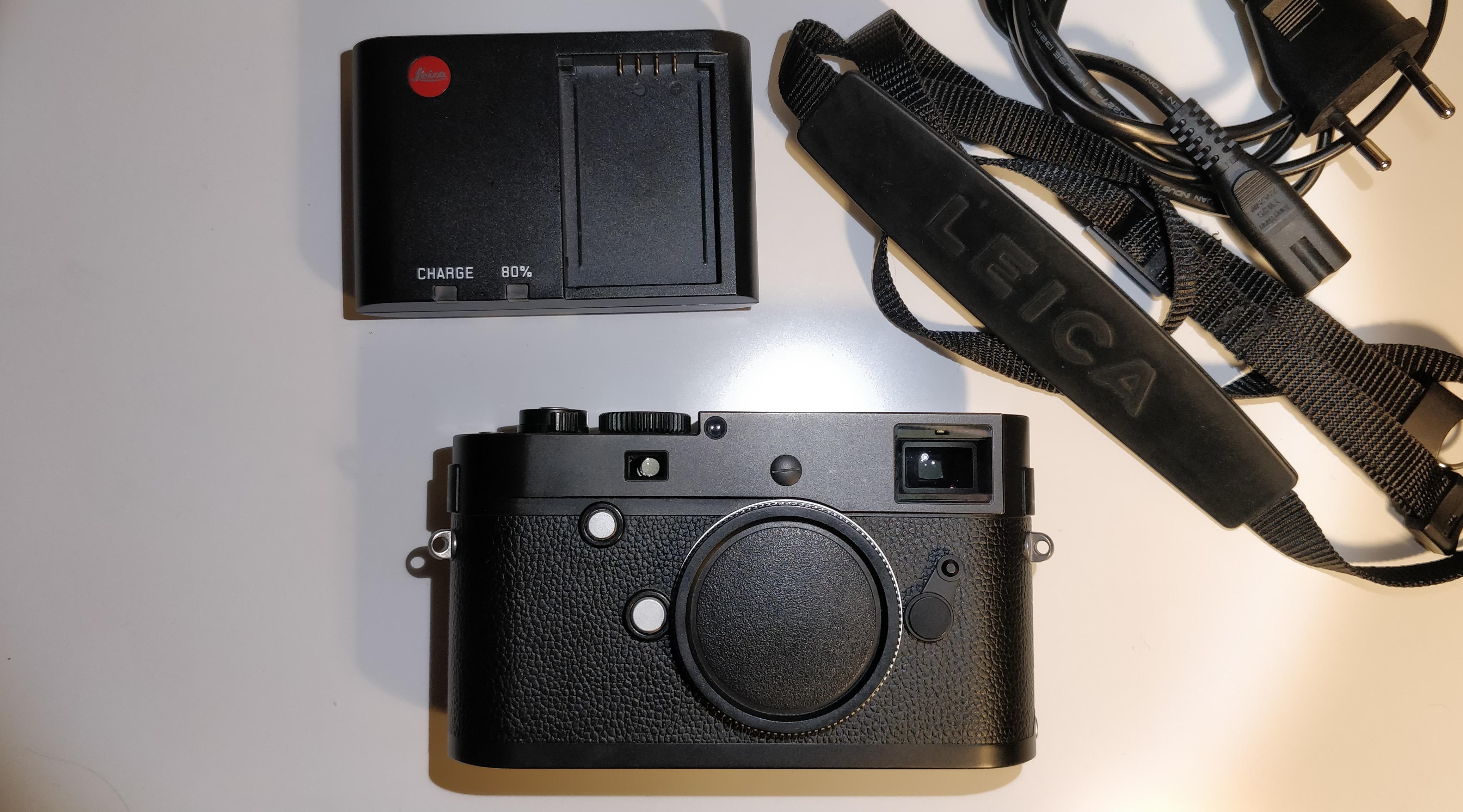 This review is basically an extension & direct comparison to my M9M, so read that review for more context.

Thinking back, I can’t remember anymore if I wanted this camera before I bought it. Maybe I was just buying it to try it for a bit and sell it for more. If I can’t remember, it's probably because I was undecided. I know I really wanted to try live-view, but I don't think I would have wanted to keep the M246. It was much more expensive than my Leica M9M, and uglier, and even fatter & bigger. And I was already struggling with how fat and ugly my M9M was in comparison to my Leica M6. What I do know for sure, is that I was genuinely impressed by the M246. So impressed that I kept it, and sold the M9M.

The good & the bad

At first, I found what I thought was a good deal for the camera (later I found out I paid about fair price), so I went for it. When I went to pick it up I was excited - like always when I’m about to try a new Leica M camera - and from the first moment I held it my hands it impressed me. Yes, it was fat, and the design is a little strange and ugly with the new video-button, contact holes for the visoflex, and a big screen which sticks out quite a bit on the back. But it also felt more solid than the M9M, more premium. It was really nice to hold, it felt dense, but not necessarily heavier than the M9M. I also immediately noticed how fast it turned on when I turned it on, and how snappy and satisfying the shutter and shutter button are - definitely an upgrade from the M9M. The new LED frame-lines were nice and bright, and the viewfinder in general also felt like an upgrade. But I especially liked the little thumb-grip-wheel combination at the back of the camera. With this new grip, the camera felt snug and secure in my hand.

Compared to the M9M

The M246 does take some of its queues, good and bad, from the M9M. Like with the M9M, the matte black paint finish and lack of a logo are very  appreciated. However, I was not happy to see the same on-switch with three different modes. This switch is too easy to overshoot and set the camera to 'continuous' or 'timer'. The battery life of both camera’s was pretty similar in my experience, even though the M246 had a monster battery in comparison to the M9M. I guess that live-view is pretty battery intensive. The M246 uses a new button layout on the back, but the buttons from both camera’s feel solid and clicky, although my preference does go to the M246.

Part of the Leica M family?

So this is a strange camera. The M240 was something of an experiment, and it doesn’t quite fit in the Leica M family in my opinion, a bit like the M5 or M8. It’s video features feel totally out of place, and it’s design doesn’t feel as refined and elegant as that of earlier M models. But just like the M5 and M8 it is still a great camera, and it does bring some fantastic new features to the M family.

I took the Leica M246 to the streets of Amsterdam for some test shots. First and foremost, I was surprised by how much I liked live-view. At the start live-view seemed useless to me, unless your using a wide-angle larger than 28mm. However, I quickly found myself using live-view all the time, and with all sorts of focal lengths! I found this kind of strange because essentially, live-view turns you’re expensive and unique Leica M camera into an IPhone (kindof). But it’s also undeniably practical.

More importantly though, I felt that live-view helped me make better pictures. I realised how inaccurate the framing of the viewfinder actually is, and how the viewfinder can sometimes make you think that a certain line is straight in your picture, when it’s not, depending on how you look through it. Not that I want to hate on the viewfinder, I still love the M viewfinder… it’s the best thing on an M camera. I use the viewfinder to focus quickly, or if I’m taking a portrait because it can feel more personal than looking at a screen. Nevertheless, It’s nice to have both options. I see it as another useful tool in my photography toolbox.

One other practical function of live-view is the live-view zoom button at the front of the M246. With this function it’s possible to zoom-in and check your focus. This allows you to focus much more accurately than with the viewfinder, but it does take longer. I use it if I want to make sure I’m nailing my focus and I feel like I have the time. However, this is an even more useful function for people that have fast Summilux and Noctilux lenses. Without this function, it's 100% impossible to focus a Noctilux consistently...  even with the function its basically impossible.

Because I felt like the M246 helped me make better pictures, I decided to keep it and get rid of the M9M. Next to live-view, I also felt that the files of the M246 were even more detailed and had even more depth (even more greys, even better blacks and whites - although only very slightly), and that the faster turning-on speed helped me catch more moments. Also, the M246 could produce workable files at even higher ISO’s than the M9M. Come to think of it, this might have been another major reason why I wanted to try the M246. For all of these additional features I was willing to tolerate the bigger & uglier body, and other things I didn’t like about the M246.

However, in all fairness the files from the M246 were very slightly more cold, or less warm and soft than those of the M9M (see the review). Its not such a big step as the M9M was from my M6, but if you pay close attention you can notice it. Maybe, in order to get warmer and more friendly files you just need some small inaccuracies in the pictures... maybe that makes them feel more human. Nevertheless, I would say the M246 files were better for street photography, but a slight bit worse for more personal pictures. Kind of like what the M6 is to the M9M. However, if you want that more personal feel in a picture, use film and not the M9M.

Some things that should be noted: the M246 is also heavier than the M9M, but it’s not so significant. The better screen will make you more prone to chimp. There is also a bunch of other stuff I don’t use - I think the M246 might have wifi? Another thing I didn’t like was the messier layout of the menu, and just how the menu software looked in general. The M9M’s menu was more minimalistic and therefore better. Finally, I’m not sure what I think of the higher MP count. On one hand, yes, it’s nice I can zoom in some more… but I felt like I could zoom in enough already with the M9M. And now my computer is even more full because of the 24 MP files, which is extremely frustrating.

1. Live-view - another tool for your photography toolbox

3. Even more incredible B&W files (but not a huge step-up from the M9M)

7. Nice new grip on the back

The view from the castle, Spain

Dog waiting for his owner, Amsterdam

Watching over the city, Spain

After a few months I did sell this camera, because what always happens happened again. This time it was the M10, and just like every time before it (with my digital M’s at least), when I bought my M10 I wasn’t planning on keeping it. This time it wasn’t a matter of price though, because I got the M10 for less than I payed for the M246 (it was the best deal I had ever made). Ok yes, I could have made a huge profit off of the M10 I got, but that was not the main reason why I wasn’t planning on keeping it. The main reason was that I thought: the M10’s B&W files wont be able to match those of the M246, and I was right about that. The M246 is superior… but only slightly. I think you need to be looking at B&W foto’s every day like I do, to notice the difference, and even then it’s barely noticeable. Except for maybe at very high ISO (8000+), where the M246’s better performance creates visibly better files.

I actually did a little test: I asked a few friends, my mother, and my father, if they could tell the difference, but they all just looked at me funny. This made me realise that higher ISO, and slightly better files wasn’t going to make the difference between a good picture and a great picture. If I want to make great pictures I need to do that by putting in the effort, looking for the right moments and the right light. Having slightly better B&W files wont be enough. But the M10 also has a lot going for it - it reminds me of my M6 - it feels like coming home. I’ll get to that in it’s own review.

The M246, like the M9M, was an M camera I thought I wouldn’t like. In the end I only owned this camera for a few (2-3) months, but my impression is that this is a great camera. It's an upgrade over the M9M in almost every way, but for a substantial increase in price. It also creates the best B&W files I have ever seen, but I am yet to try to the M10M (I'm waiting for the right opportunity). It’s definitely quite a niche camera like the M9M, but if you think this could be the camera for you, I think you might really like it!