Leica M3 Review: An introduction to Leica, shooting film and the camera that started it all. 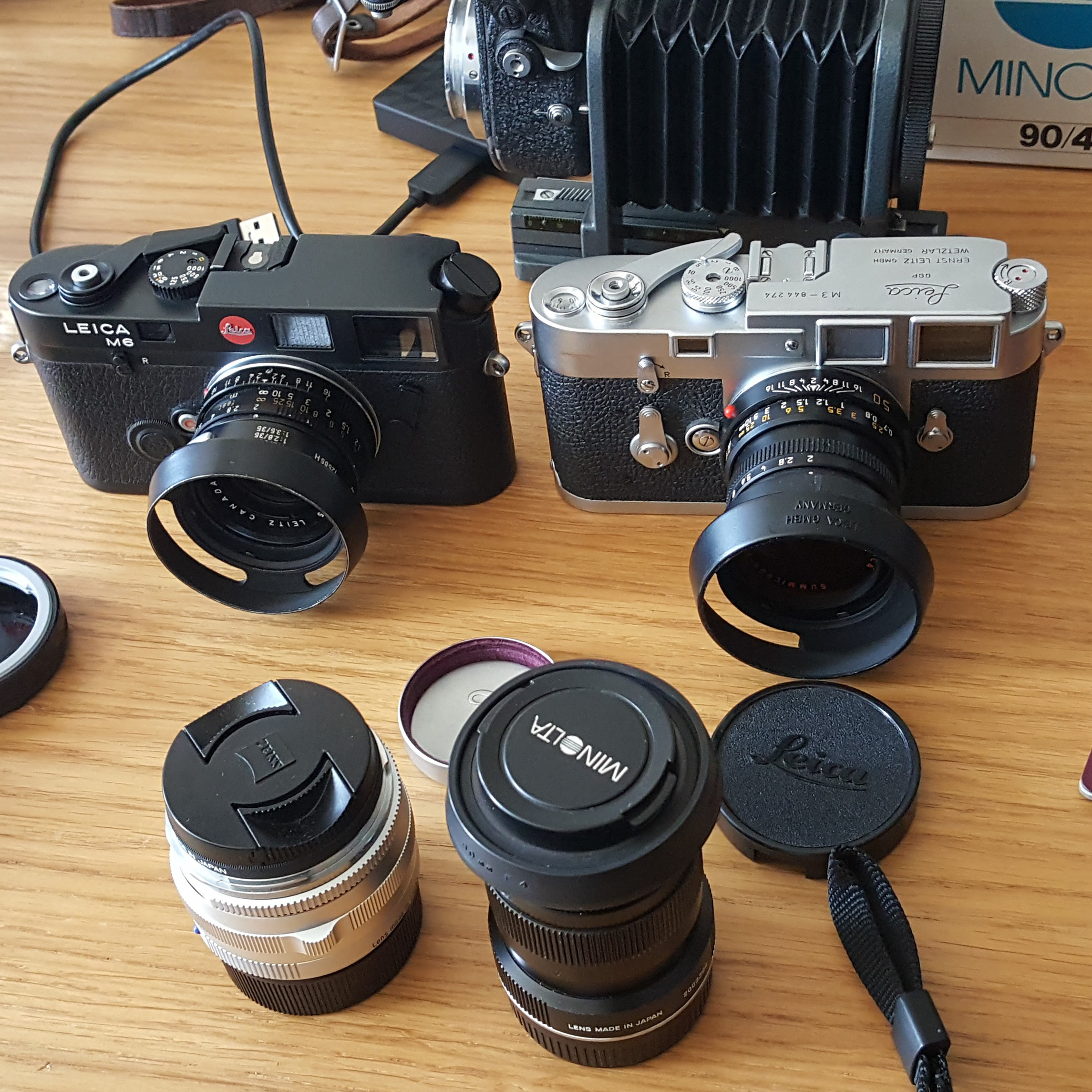 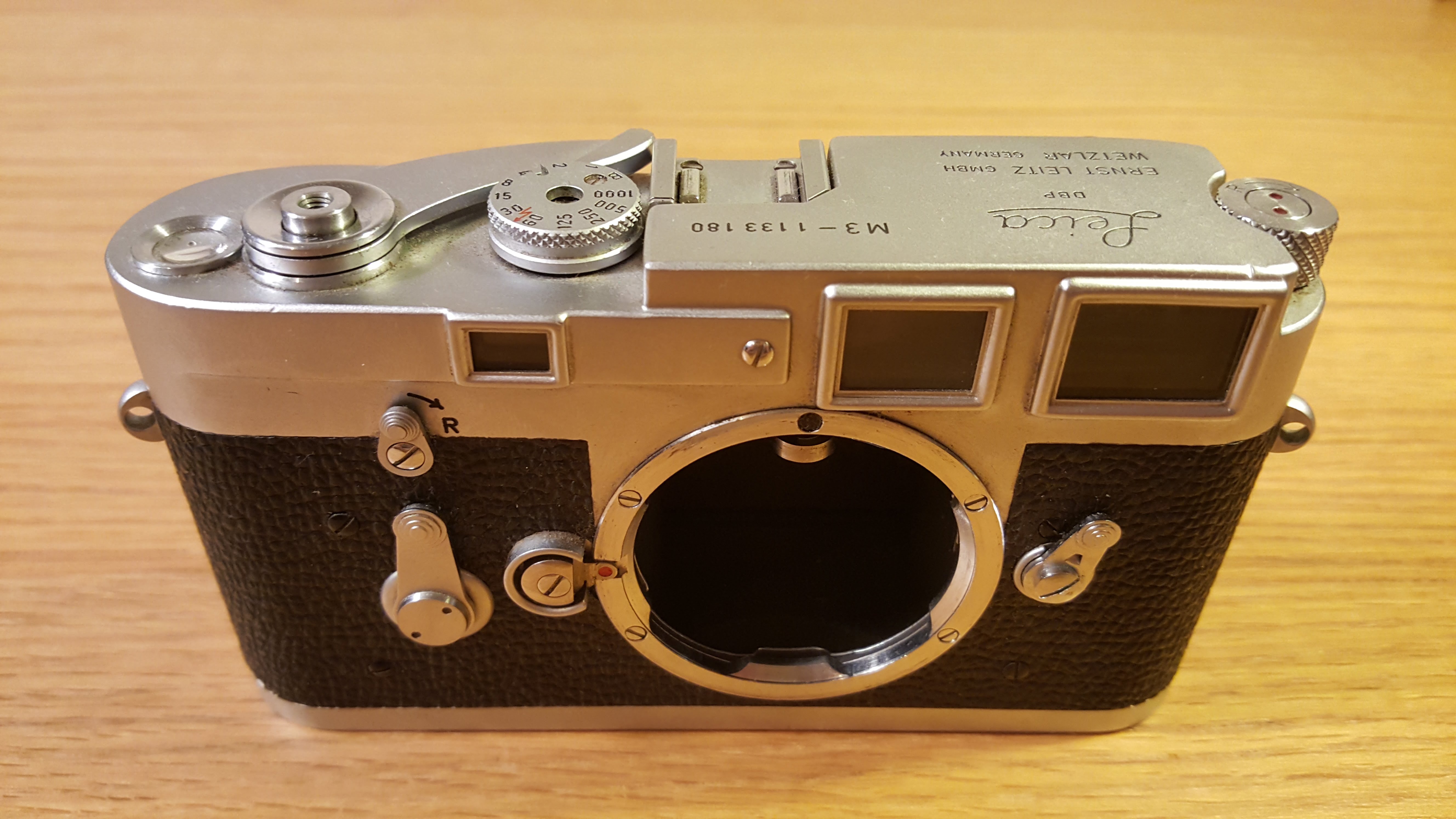 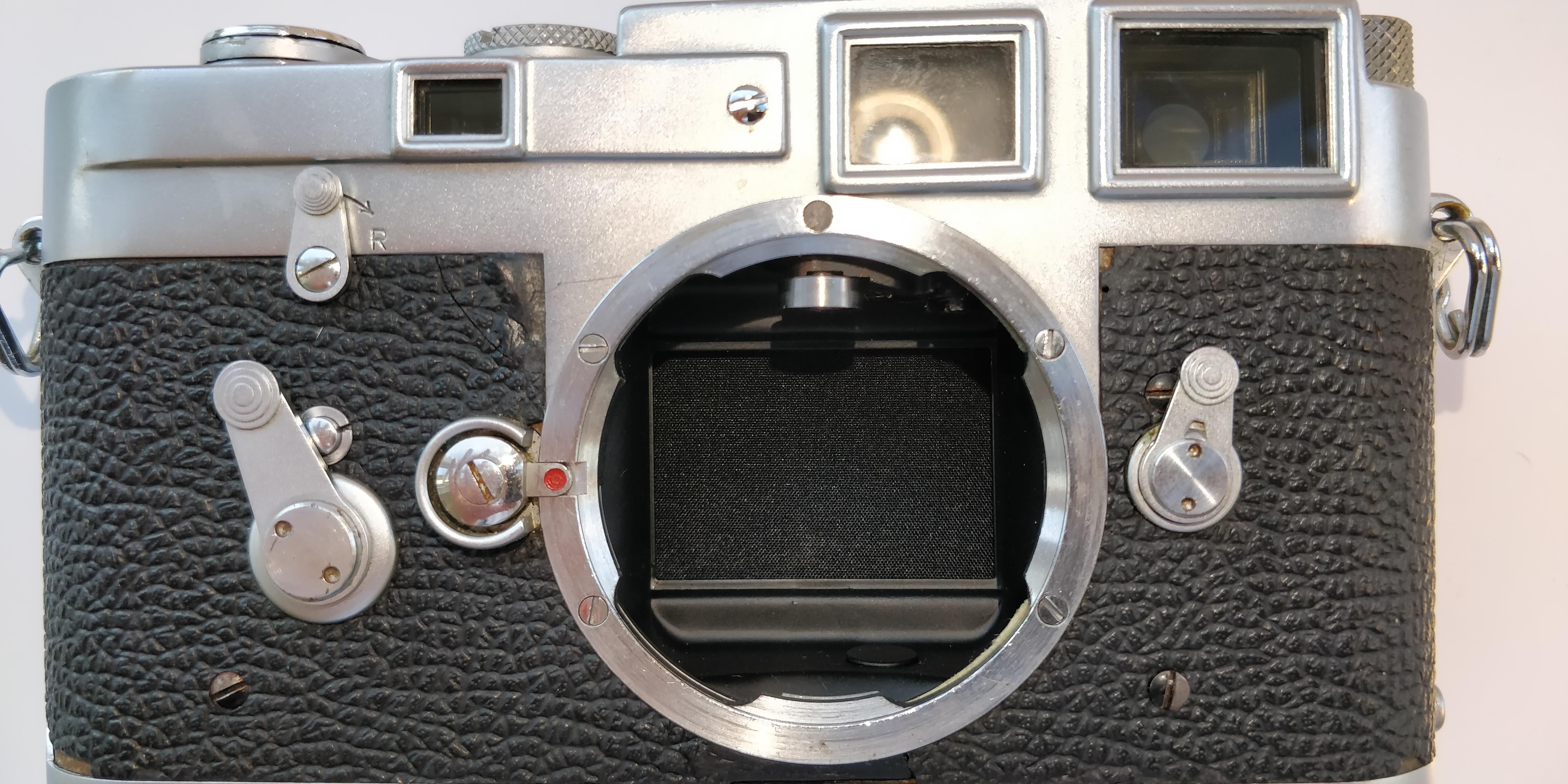 A bit of context

For my first review, I thought I might start at the start.

After my first DSLR was stolen from me at gunpoint my biography says that my next camera is an M6, but this is not exactly true. In reality the M6 is the camera that stuck around, but my very first Leica (body) was actually an M3.

After loosing my camera I decided I wanted something smaller so that I could carry it with me all the time. I also wanted to use lenses which had unique character. After googling this I immediately landed on Leica. I didn’t know anything about Leica or any other camera brand, but it was clear that they made small camera’s and that their lenses had a cult-like following. And to me at least the rendering of the images they produced did seem to have something special or extra-ordinary about them. But what I didn’t quite understand was the pricing… I knew camera’s could be expensive but everything Leica was crazy expensive, like the same price as some cars expensive.

As electronics generally devaluate pretty quickly I was confident I could get an old M8 (which was already more than 8 years old at the time) with a lens for my budget of about € 1,500. I couldn’t have been more wrong. The second thing you learn about Leica is that it holds its value really well. I went to a second-hand store that I knew sold Leica and asked if there was anything I could get with my € 1,500, and long story short, the owner happened to be a bit of an ***hole and I got laughed at so hard I basically gave up the idea of buying a Leica. I ended up settling for a Sony a7 with a Zeiss Sonar 50mm VM lens, which I’ll write about in their own separate reviews.

As it happend… it was already too late for me. I had been bitten by the Leica bug and I was already spending hours online looking at reviews of different camera’s and lenses I could not really afford. That is until one day when I finally gave in to the temptation and bought a second hand 50mm Summicron v4. Soon after, I got lucky. I was browsing Marktplaats (the Dutch eBay) and found an M3 with a 50mm Summicron DR close-range lens and it was going for far too cheap. So I under-bid it even more and somehow my bid was accepted.

When I came to pick up the camera I was ecstatic. I could barely keep it together, but as I was trying to close a deal I had to keep a straight face. I had done my research on the M3 and the lens and knew exactly what to look for (to check if it was still in good order). I looked like a pro (I keep telling myself). The lens was clear although it did have a little haze due to its age, no big problem, and the camera was even still L-sealed. It was a no-brainer.

That weekend I had a short trip planned, it was the perfect opportunity to test out my new very expensive toy. I paired it with my 50mm, bought two rolls of B&W film and flew it over with me to Valencia. I remember how I treated the camera as I imagine most first-time Leica users would, like it was a delicate, constantly afraid I would drop it. But it was not delicate, in fact the Leica M3 is built like a tank. I know this saying is used a lot with Leica stuff, but honestly i’ve only found it to be true for the older Leica stuff (1950-1970) and especially the Leica M3.

We go out to explore and its beautiful weather, perfect for street photography. So I take the M3 out of its ‘always ready’ leather case and then realise I have no idea how to load the camera. I quickly consult youtube and the tutorial looks pretty simple, but it doesn’t go quite as smoothly for me. I’m fiddling with the M3 and the bottom-plate and the film, worried I'm not doing everything right for about 20 minutes, until finally I'm ready.

Many reviewers will write about how the Leica M3 is perfect. Leica’s greatest achievement ever. They will explain how heavy and solid the machined brass body feels in your hand and how big and bright the viewfinder is. Often they will liken the satisfaction of using the mechanical film lever and hearing the unmistakable click of the shutter to that of firing a beautifully made rifle. This was pretty convincing and is what pushed me to buy the M3, I just had to try it, and I must say they have a point (although I have never fired a rifle before).

I point the camera, which despite its weight fits and feels very nice in my hand, premium in a way you only find in vintage (pre-60’s) objects. The leatherette grips well, and the weight is well balanced with the 50mm Summicron v4 attached. I wind the lever checking that the two red indicator dots at the top-left of the M3 are spinning accordingly, indicating that the film has been properly loaded. I compose the shot using the viewfinder, which is big and bright as advertised. But wanting to be sparing with my film, before I take the shot I consider all of my settings once more. And then finally I press the button and hear the very distinctive click of the Leica M3, something i’d have to describe as premium or satisfying.

Valencia, my first shot on film

But thats it! The camera doesn’t do anything else. I instinctively look at the back of the camera looking for a little digital screen but I just see leather. And for some reason I’m so impressed, not only by the camera and lens but also by the experience of shooting film, I decide there and then after my first shot that I want to sell everything digital I own and shoot only film. So thats exactly what I do.

Because all of the settings have to be set manually, the camera forces you to put thought into the picture. This combined with the experience of shooting the camera makes it feel like you are creating true masterpieces with every click of the shutter button. I really enjoyed this. In fact this completely changed how I take pictures, even today. But I should warn you that the reality once you develop your pictures can be a little disappointing, especially when you are still getting the hang of the camera at the start.

Valencia, turtles fighting for space under a heat lamp

Shooting with the rangefinder system is a joy. Especially if the lens has a focussing tab its super-quick, and it lets you see outside of your frame. This lets you see if theres not something missing in your frame, or if someone might walk into it that will ruin or improve the picture.

So thats basically how I would sum up my experience of the Leica M3. It’s an impressive camera for sure, unlike anything else I have owned, in many ways a perfect camera built for many lifetimes. To sum up:

1. Solid, basically indestructible build, suitable for many lifetimes of abuse

3. The are many in circulation so you can get one pretty cheap (for Leica)

4. They are often sold together with a lens so you can get started right away

But it also has many drawbacks. Actually it only has two. But in a camera with so little features two is a lot.

1. It has no light metering

This one is real pain. Although you can teach yourself some basic exposure rules like the sunny-16 rule, things get more complicated as you move in and out of buildings and shadows. For example, what settings do you use if it’s overcast outside and you go into a building? Or when the weather is grey (as it usually is in the Netherlands) and you’re under a big tree or in a forest? In the end I found myself constantly using the metering app on my phone, or messing up the exposure when I had to be quick. Both scenario’s have cost me some fantastic pictures.

Although I should mention that over time you do start to get a feel for the different settings you need, and I’m sure that if I could have committed to the M3, over a few years this would have become a non-issue.  ‍

This is the real reason why I stopped using the M3. I could get over the metering difficulties, but I found 50mm to be too restricting as a focal length. Although many years later I would come to love the 50mm focal length again, I could never have it as my ‘widest’ focal length.

These are the reasons why I sold my M3 and bought an M6. Selling it I also managed to nearly double my investment. This is how I managed to afford anything Leica, which is something I will write about in the near future.

Although this may seem obvious to some, I still want to note that having to set your aperture, shutter speed and focus manually might put you off. Although if this is the case then the entire M-system range is nothing for you. ‍

The Leica M3 is a tool that you and all of its previous owners, and all of its future owners for years (probably generations) to come, can rely on and love. Over the years I have owned many Leica M3’s, each with its own unique history and character. It’s crazy to think that almost all M3’s in circulation today have already outlived their original owner, maybe even more than one of its previous owners. But to me thats the beauty of the M3. You don’t ever really own one, you just kind of hold onto and enjoy it for a while, like a piece of art or a house.