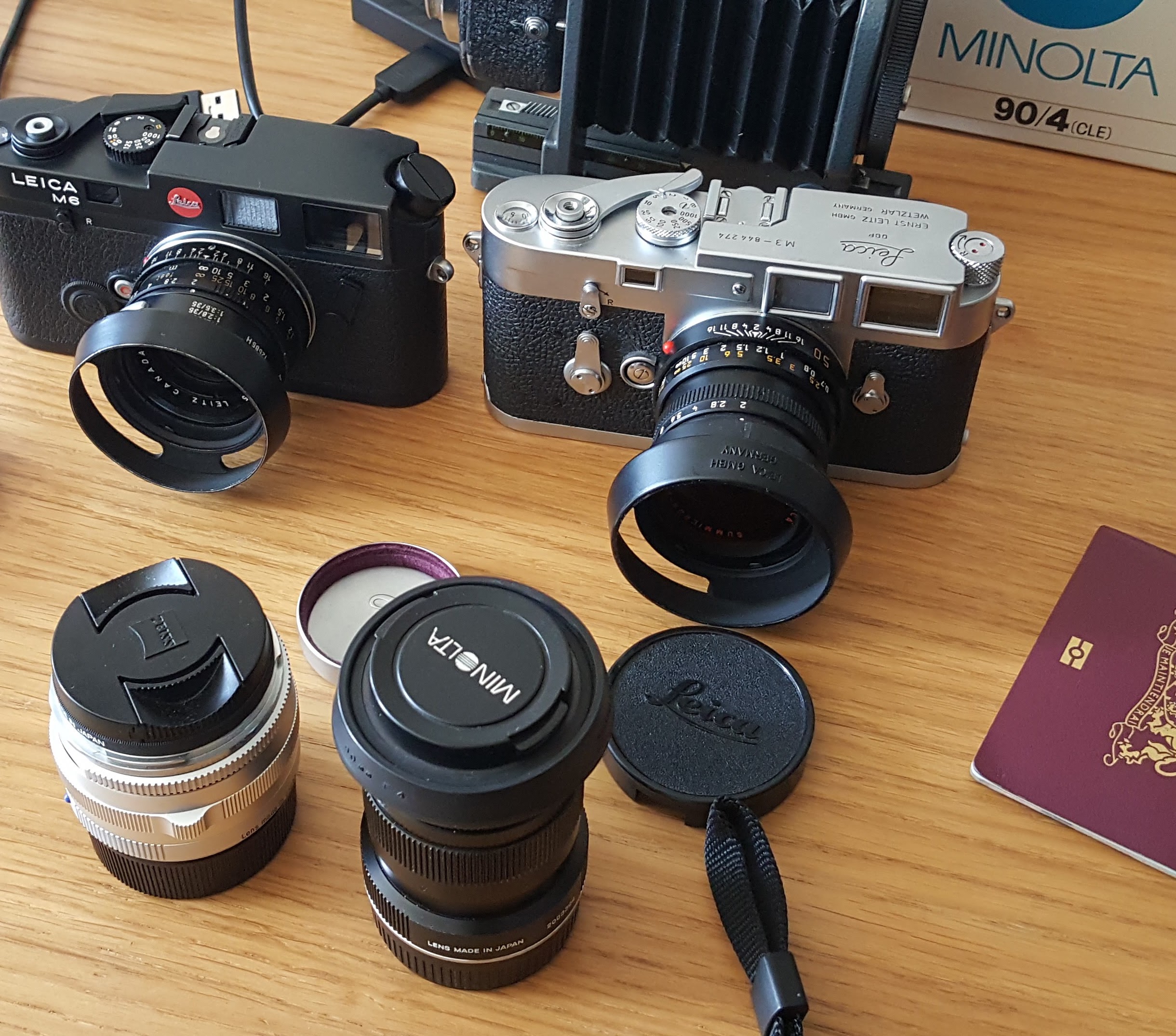 I got this lens a very long time ago, as part of a set with my M6. It was one of the very first M lenses I owned together with my Leica 35mm Summicron v3. Other than these test shots, I'm not sure I ever used it.

For two reasons: I got another 90mm f/4 (3-element), with an M3 set I bought. I tested the two lenses against one another in the following portraits, and then based on these four pictures taken with the M6, I decided to keep the 3-element (for now). The second reason is that I only wanted to have one camera and and one lens, so I wasn't planning on keeping either of the 90mm's in the long-run.

It was a long time ago, but I do remember the focus and aperture being very smooth. I also liked that it has a more modern short-focus-throw like Leica's current 90mm's, unlike the 3-element. The look the lens creates - admittedly, based off of this very limited test - seemed quite modern and contrasty, but also quite dark in comparison to the 3-element. It's this darkness and contrast that I didn't like (for portraits), and which made me choose the 3-element over the M-Rokkor. My Lightroom skills were extremely limited at the time, so maybe if I tried the lens again today I would change my mind. But I did really like the look of the 3-element, which is why I held on to it for a little while longer. Either way, I sold the M-Rokkor, and it's next owner actually let me know he was very happy with it on the Sony a7.

Later I also got my hands on the Leica 90mm Elmar-C, which is the Leica branded version of this lens, when buying a Leia CL set. This lens felt and looked so similar to the 90mm M-Rokkor (it came out of the same Minolta factory in Japan) that I didn't feel like I needed to test it.