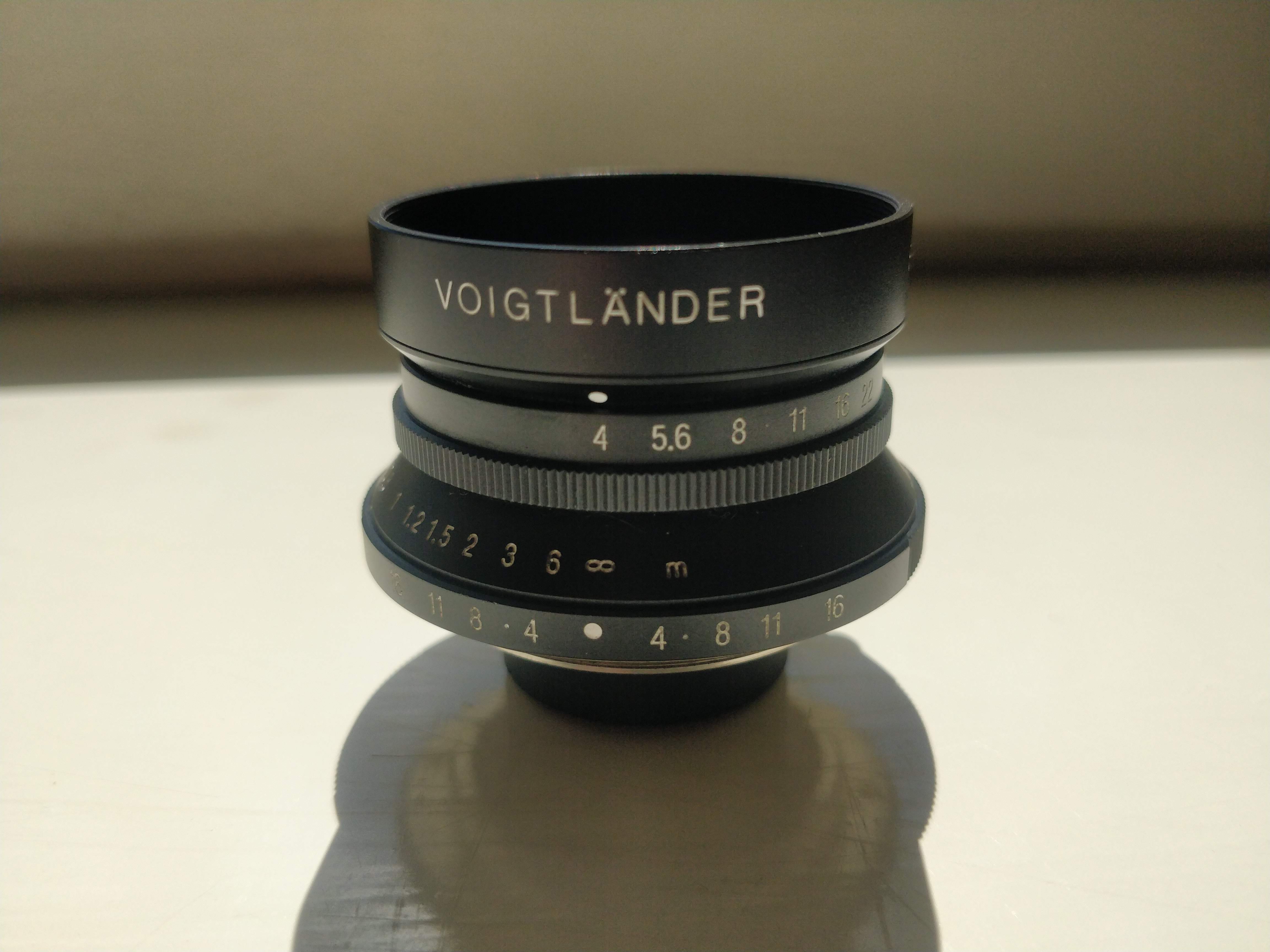 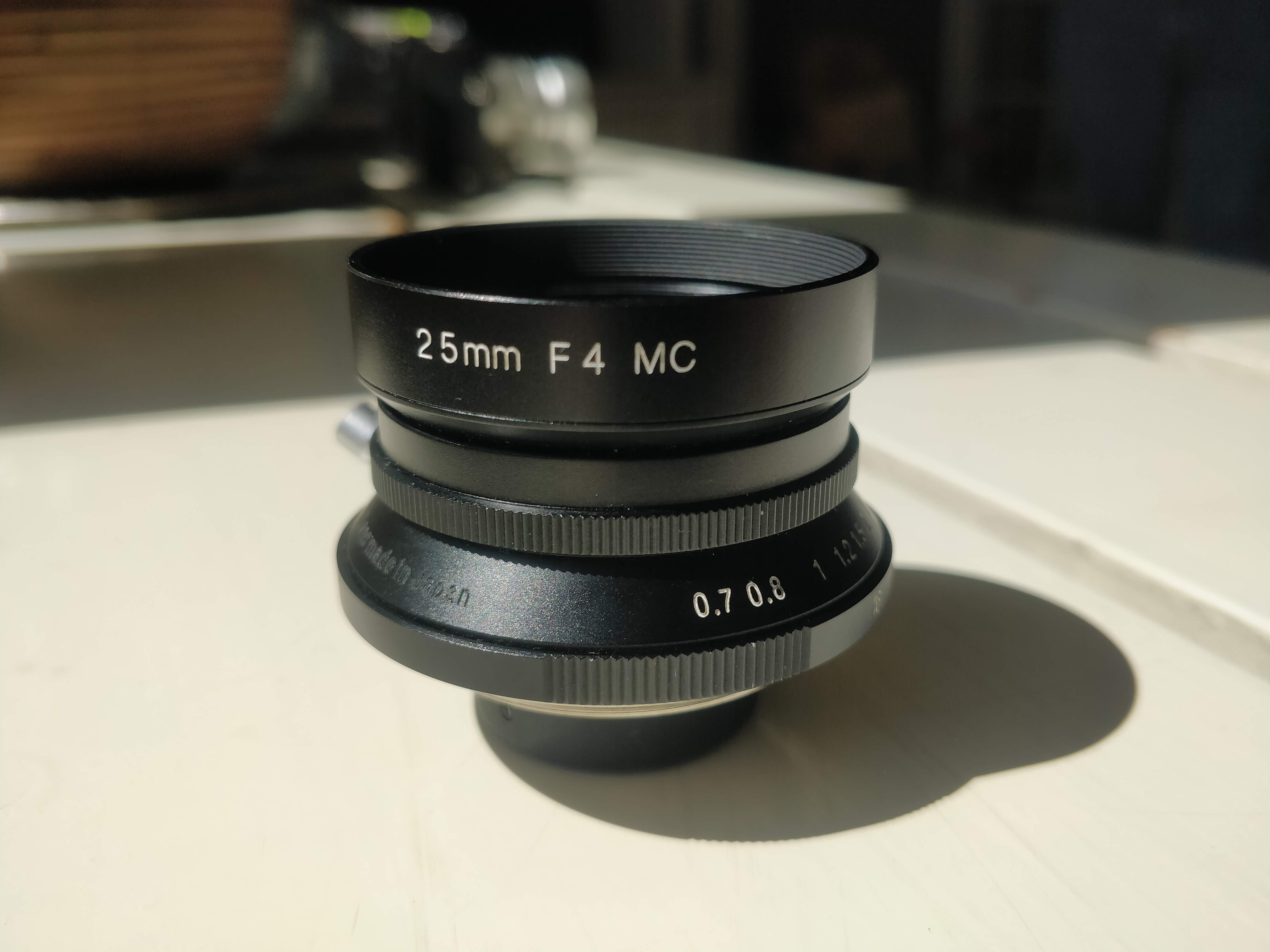 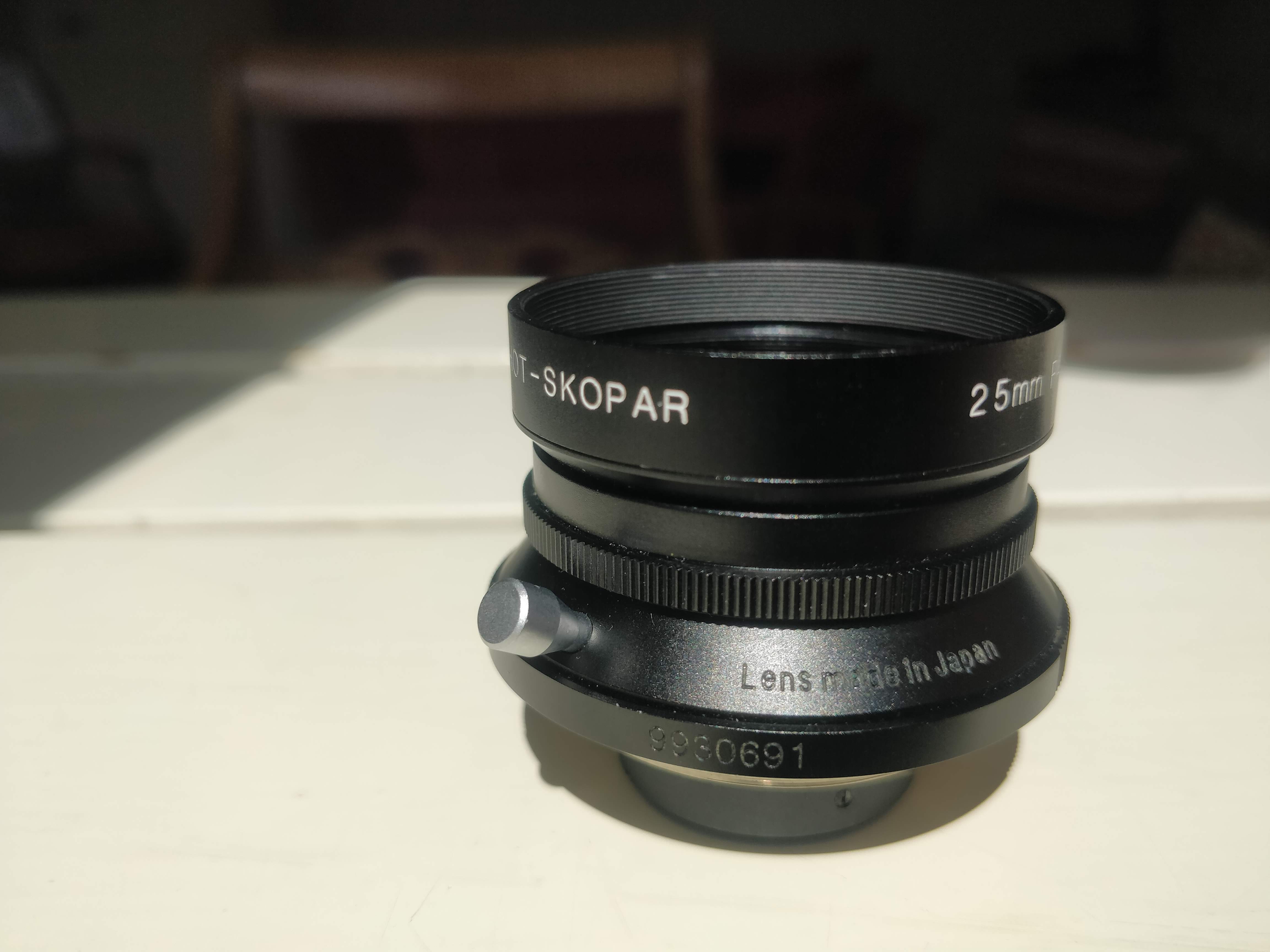 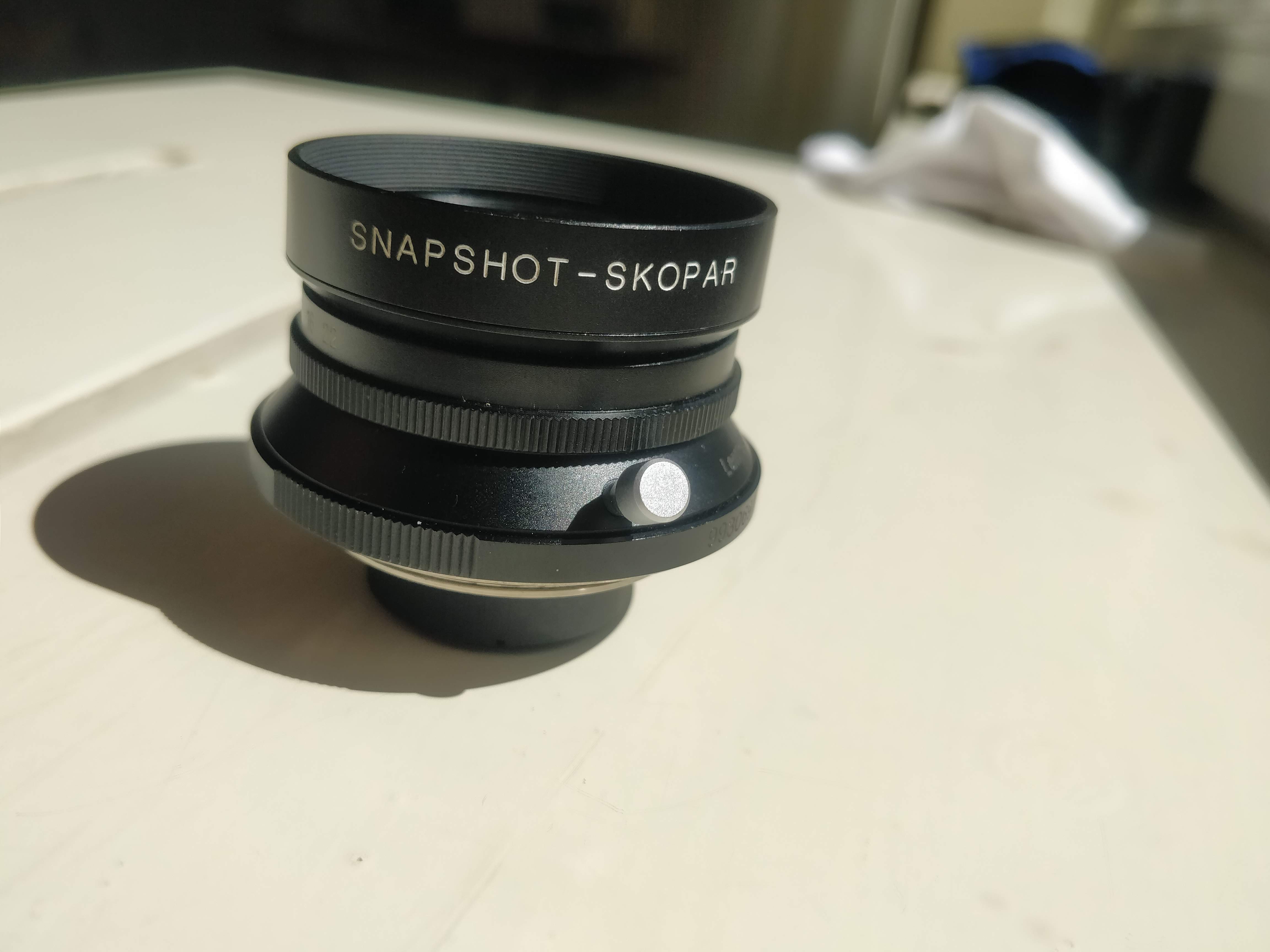 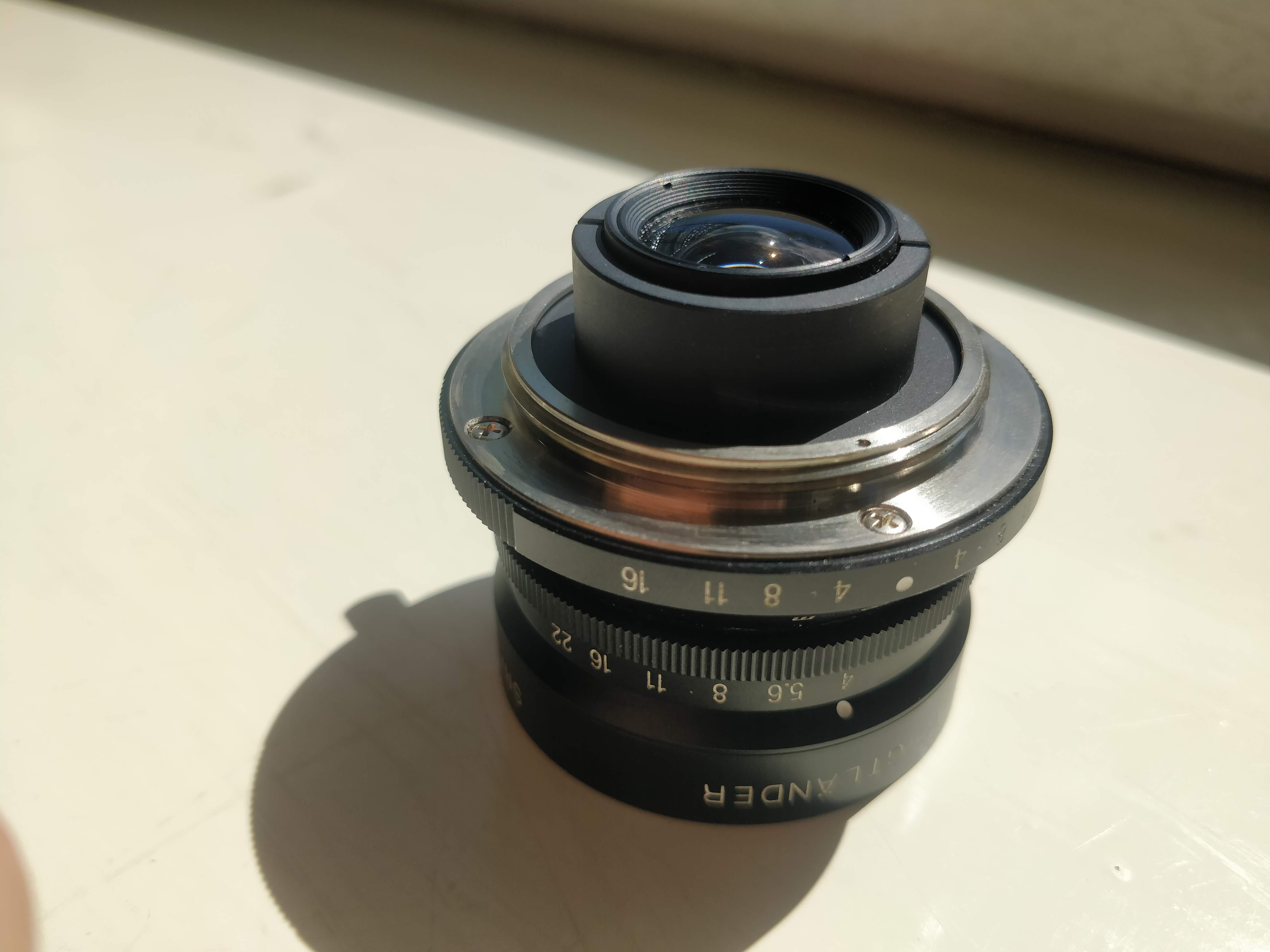 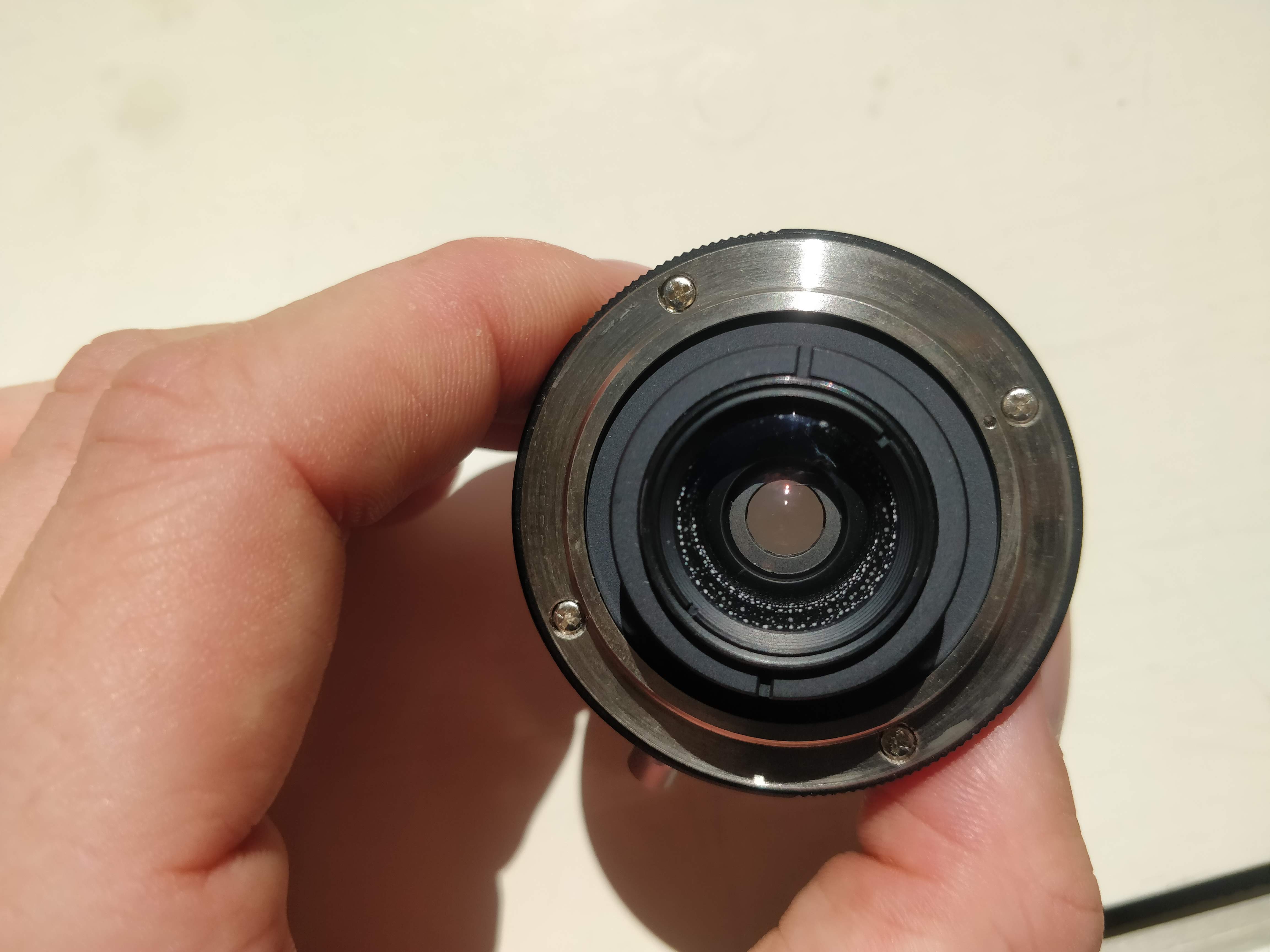 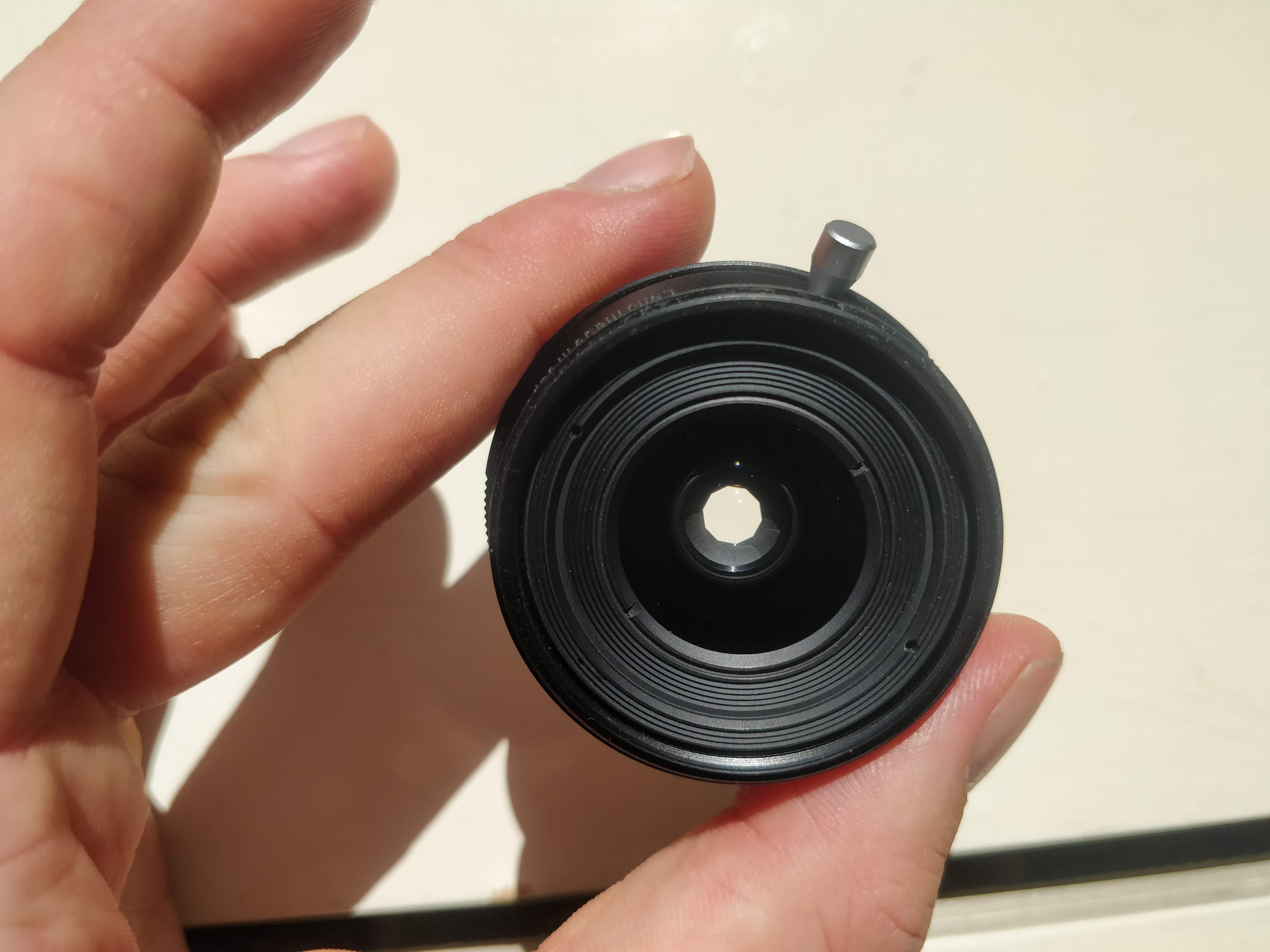 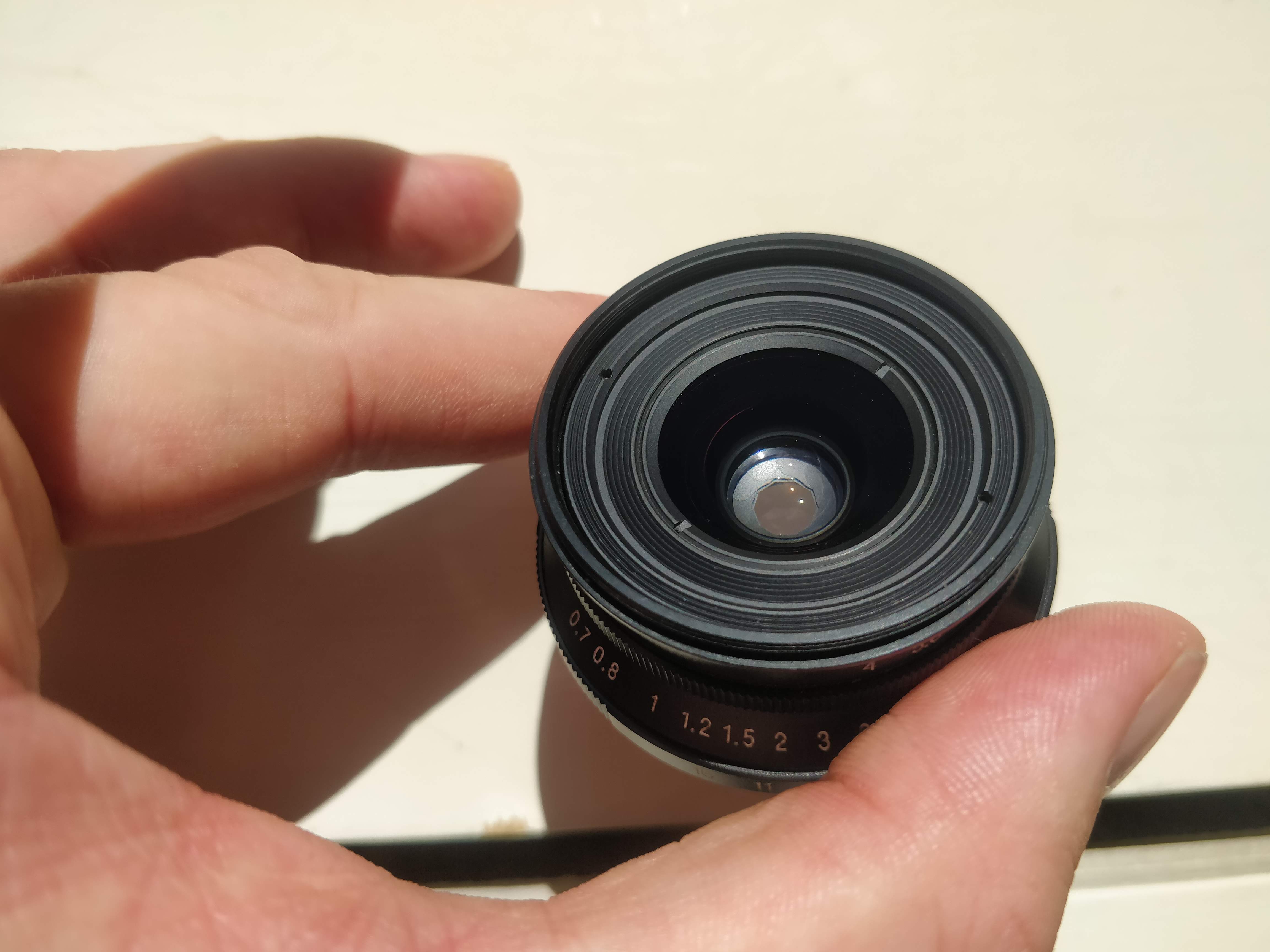 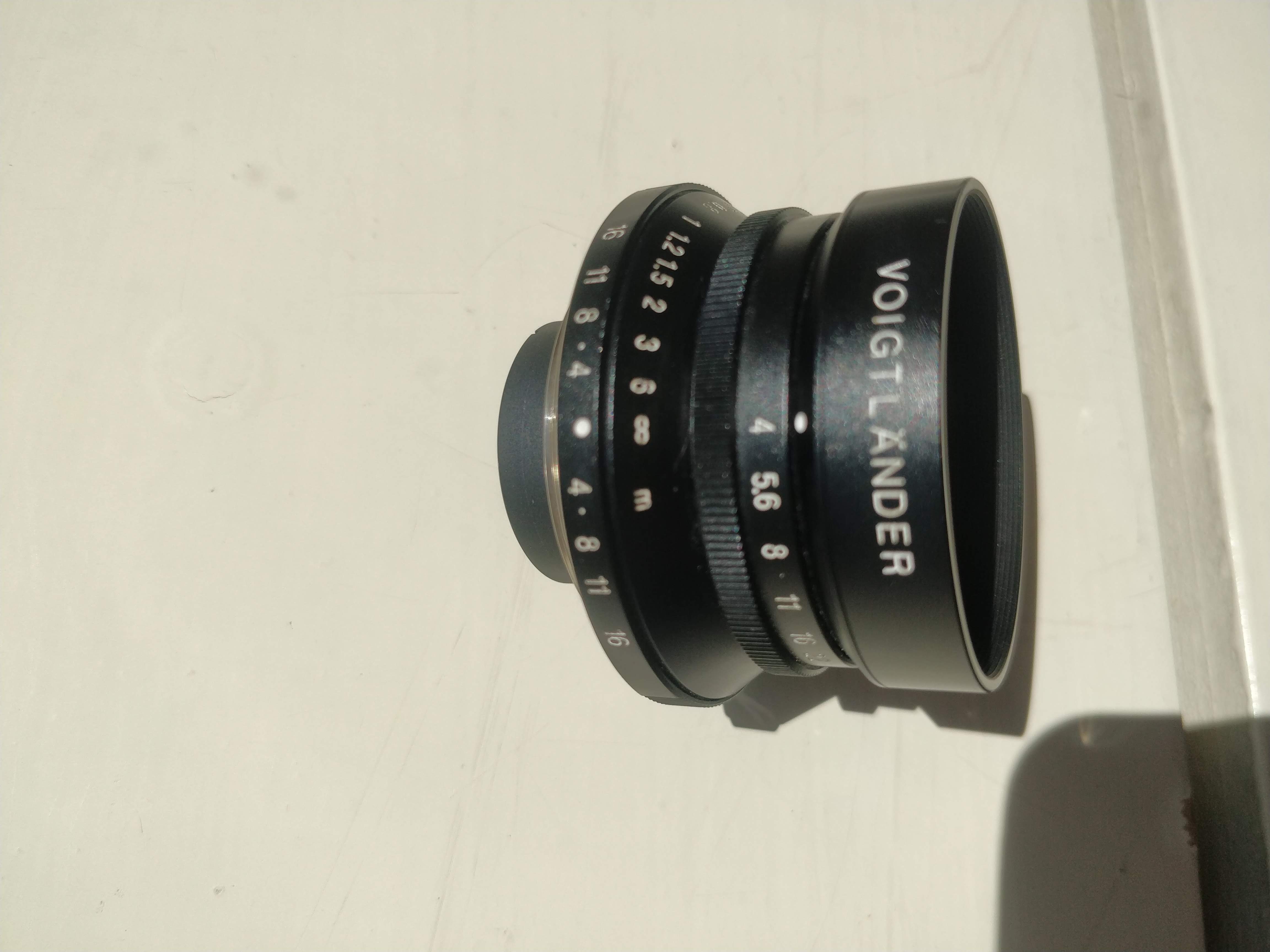 The 25mm Snapshot-Skopar is an odd lens but in a fun kind of way. First of all, it’s not an M-mount lens but an LTM mount. Second, it’s not a rangefinder-coupled lens. Third, this lens has some serious colour fringing with digital sensors. Finally, most LTM-M adaptors you can buy don’t let you use live-view, which basically makes this lens impossible to focus accurately. The problem with these adaptors, is that they don’t cover the 6-Bit reader/sensor due to a cut-out at the bottom of the adaptor, which makes the camera think that no lens is attached. On the other hand, I don’t think this lens was ever made to be accurately focused, which is pretty fun.

Why did I buy it?

I was looking for a smaller 24mm as a replacement for my Leica 24mm 2.8, as I have a real hate-love relationship with this lens. I hated it because it was really big compared to my 35mm Summicron v3, and 50mm Summarit 2.5, which are two lenses I use all the time. But I also loved it because it sometimes would create pictures that would completely blow me away, and I didn’t really understand why… which I hated. So I wanted a substitute that could deliver ‘good enough’ results but be about as big as the other two lenses I used.

So when I stumbled upon the absolutely tiny 25mm Snapshot-Skopar, I was very eager to try it out. I was even more pleased to find out that it didn’t cost much (relative to Leica), about ~200 EUR or ~280 EUR together with the Voigtlander Bessa L and viewfinder, on eBay. I bought it with the Bessa L and viewfinder, which I then immediately put up for sale, and sold (separately) for a little less than 200 EUR. This took some time and effort, but it’s a good way to get yourself a very cheap Snapshot-Skopar.

Before, I had also considered the 25mm Color-Skopar p-type (with an M-mount and rangefinder coupling), and even went to go try it out in a store. But it reminded me of the 21mm Color-Skopar p-type that I had owned - in fact, it looks and feels identical - and I didn’t like the build or feel of that lens, so this lens wouldn’t do either. The focus was not very smooth, but my main issue was with the aperture ring. The way it was designed makes it wobble, and somehow the aperture clicks just feel extremely cheap. This is not the case for most Voigtlander lenses, which have excellent build quality for the price; but it was the case for this pair of lenses. In terms of sharpness though, it was actually pretty good. I took a few test-shots, and although the images lacked contrast to really make details stand out, the actual detail and sharpness in the pictures was good. But this wasn’t going to be enough for me to buy it.

With the Snapshot-Skopar it was a different story. I was very pleased with the build, the main difference being the simpler design of the aperture ring, which didn’t have anything sticking out that makes it wobble. The focus was also very smooth, but it does have a strange clicking mechanism to it. There are three points where the focus softly clicks (a bit like an aperture ring), the idea probably being that you have some sort of feedback from the focus ring when you are looking through the viewfinder. I like the idea, but in practice I thought the clicks were a little annoying. I think a lens like this is mostly intended to be shot from the waist anyway, hence the ‘Snapshot’ in the name, but I could be wrong.

That being said, I also wasn’t planning to use this lens for what it was intended! My plan was to use it on a digital M camera with live-view for accurate framing and focussing, and I was actually quite pleased at first. The extreme color-fringing of this lens is not an issue for me as I don’t shoot with colour. The images are quite sharp, but not very contrasty like with the other 25mm Vogtlander. If I had to guess, I would say the optics are probably identical, but I couldn’t verify this online… it would just kind of make sense.

Why did I sell it?

The images didn’t need to rival those of my Leica 24mm, they just needed to be good enough. Usually Voigtlander makes some very capable lenses, and in terms of image quality they are pretty satisfactory, but I usually choose Leica just because I can (see How to Afford Anything Leica). However, Leica doesn’t offer a very small and lightweight 24mm. So if this lens could offer me satisfactory results I would have been very happy! But the results disappointed me, which is also why I don’t have so many images to show in this review.

Looking back at my pictures, it looks like I tried to correct the low-contrast by adding too much contrast. But I also remember that the pictures just didn’t look right with less contrast… but they also don’t look quite right with this much contrast (to me at least). I think it was these difficulties editing the pictures to make them fit and look like the rest of my work that eventually led me to give up on this lens.

Also, because it was winter-time in the Netherlands and this lens has an f/4 maximum aperture, most pictures here were taken with a very high ISO value.

That being said, this is a super-fun Leica 24mm substitute for a very low price, and I would gladly recommend it to anyone wanting to experiment with the 24mm/25mm focal length! Just watch out that you buy the right LTM-M adaptor if you want to use live-view. I got a Kipon one which is great, but cost me almost as much as the lens did (~50 EUR). But the adaptor is also great fun with other classic LTM lenses, so i’m very happy I have it regardless.

2. Solid build for a non-Leica lens

3. Extremely small, pocketable in a typical pair of pants if you remove the tiny lens hood

5. Good image quality for the price

1. Not super contrasty… which led me to over-correct in my images

2. If your used to Leica, not crazy sharp (but not bad either)

3. They can be hard to find

4. You need an adaptor for M camera’s

6. Everything is always in focus, because of the f/4 minimum aperture (but the only Leica 24mm/25mm lens that doesn’t have this is the 50x more expensive 24mm Summilux)

Also worth noting, is that for some people this lens might even be too short. Because the lens is so short, the focus tab, or focus-stick-thing, sits pretty close to the body of your M. This might make it awkward for some to grab hold of, but I didn’t mind it all.

Get this lens if you want to experiment with 24mm/25mm BUT you’re also on a budget OR you want your lens to be tiny, AND if your pictures don’t need to be perfect. Keep in mind that this lens was made for film cameras, so for digital M camera’s you can only use it for black and white photography.
‍